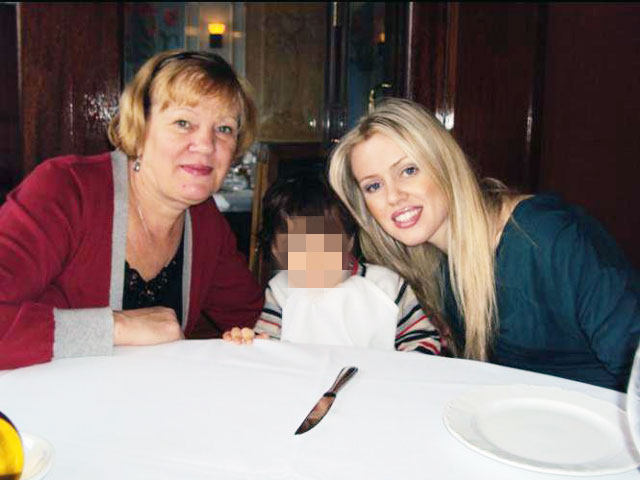 (CBS/WCBS) NEW YORK - The NYPD is investigating the brutal stabbing deaths of Larisa Prikhodko and her mother Tatyana Prikhodko. Police discovered their bodies at a Brooklyn apartment while responding to a missing persons report. Both women suffered multiple stab wounds to the face and abdomen.

According to the New York Post, Rakossi boarded a plane to Russia after the killings and was already in the air when the bodies were discovered.

Larisa Prikhodko lived at the apartment with her 3-year-old son. The boy was staying with his father over the weekend. Police said Larisa had arranged to pick up her son on Sunday. When she failed to show up, the boy's father called police and reported her missing.

Larisa, a graduate of Long Island University and a registered nurse at Mt. Sinai, was often seen coming and going late at night or early in the morning.

The NYPD cordoned off the scene Monday. They interviewed several people at the building and hauled out several loads of evidence, including heavy-duty gardening tools.