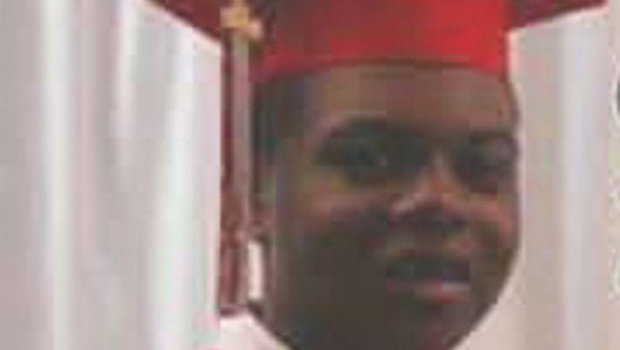 CHICAGO -- Laquan McDonald was a ward of the state who had been shuffled between relatives’ homes and foster care when, high on the hallucinogenic drug PCP at age 17, he wandered down the street slashing tires with a knife.

This week marks the one-year anniversary of the release of video showing the night a white police officer shot the black teen and kept shooting as he lay mortally wounded - 16 times in all.

The video turned McDonald into one of the most significant figures in the story of race and justice playing out in Chicago and across the country, though one whose lasting impact remains in doubt because of the city’s uneven response and the uncertain impact of Donald Trump’s election as president.

Though the city has created a new agency to investigate police shootings and misconduct it has delayed the promised creation of a citizen oversight board. Critics say the city is not spending enough money for the new agency to work effectively and that it won’t be independent of Mayor Rahm Emanuel’s office.

A probe of Chicago police practices by the U.S. Justice Department’s Civil Rights Division is expected to wrap up in the first months of next year. That could mean a final draft and enforcement of any reform recommendations is left to the appointees of Trump, who repeatedly cited Chicago’s violence during his campaign and said the city’s police should get “very much tougher.”

Still, the video and release of reports of officers at the scene did something that other police shootings of African Americans could not: Not only show the killing but also the way officers allegedly covered it up.

“Here, the video of an officer using deadly force without basis (and) the falsification of police reports is precisely why there is a lack of public confidence in the work police officers carry out,” said Kristen Clarke, president and executive director of the Lawyers’ Committee for Civil Rights Under Law in Washington, D.C.

The public uproar prompted accusations that Emanuel fought the release of the video of the 2014 shooting because he did not want it coming out during his re-election campaign. Emanuel, scrambling to regain public trust, fired the police superintendent.

Residents voted the county’s top prosecutor out of office. Jason Van Dyke became the first Chicago officer in nearly 35 years to be charged with first-degree murder for an on-duty fatality.  A grand jury is deciding whether to indict other officers at the scene, who were fired for allegedly lying in their reports.

The city released hundreds more video clips of police encounters and created a policy to release videos within 60 days. The most noted example came in August when, a week after police fatally shot a suspected car thief, the city released video of the chase.

A number of use-of-force reforms have been implemented, including de-escalation training for officers. A pilot program to equip patrol officers with body cameras has been expanded and the city says all patrol officers will be wearing them by the end of 2018.

Casting a shadow over it all is a mounting toll of shootings.The city is expected to surpass 700 homicides by the end of the year, the highest since 1998, and some 4,000 people injured.

Factors contributing to the spike in gun violence are many and complex – unemployment, poverty, a lack of economic re-investment in certain neighborhoods, a struggling education system and an influx of illegal guns. The neighborhoods bearing the brunt of the violence are communities that grapple with these issues the most, advocates say.

Advocates also point to a fractured relationship between the police and the community, calling for more investment in community policing practices. The police department has says they are working on restoring trust, but they admit there’s a long road ahead. Also compounding the violence, the police department says, is a “revolving door” of repeat gun offenders being released back into the streets, either on bail while awaiting trial or after serving only a portion of their sentences.

A connection between the video aftermath and the rise in shootings isn’t clear. Since its release, police have expressed concern that officers are hesitating to do their jobs for fear of becoming the next “viral video.”

So far this year, there have been 77,000 arrests compared with 102,000 during the same period last year. The department says a big reason is a concerted effort not to make arrests in minor drug cases. And speaking to CBS News in September, police spokesman Anthony Guglielmi said investigators are using a “strategic subject list” to predict those most likely to be involved with gun crimes, and arresting those heavily involved in gang operations.

“Basically it boils down to, with our arrest practices, we stopped fishing with a net and we’re fishing with a spear,” Guglielmi said. “We’re really going after those individuals that drive gun violence in Chicago.”

Others suspect officers are being more cautious.

“I have no doubt criminals feel emboldened because they see cops are absolutely much more reluctant to do their job,” said Rev. Marshall Hatch, whose neighborhood has suffered from the violence.

The number of officer-involved shootings, which already had been dropping, fell to 20 so far this year compared with 28 last year and 43 in 2014, according to the Independent Police Review Authority, which investigates complaints. Three times this year the authority determined that officers violated department policy, more than in the nine years prior to this year, spokeswoman Mia Sissac said.

Fraternal Order of Police President Dean Angelo said an increase in police officer retirements this year - 497 compared with 399 last year - might also be in part because of the video.

“The only way you’re going to change the culture is if some officers are flushed out and new officers are ushered in,” he said.

Among the concerns is that the Justice Department under Trump, who called himself the “law and order” candidate during the presidential campaign, could water down a final investigative report on Chicago police or ease up on enforcement of recommended changes.

“From everything they’ve said, they are less concerned about race bias in policing and the use of force,” said Jonathan Smith, a former chief of the special litigation section of the Justice Department’s civil rights division.

Mayor Rahm Emanuel says Chicago will push ahead with police reforms, regardless of the outcome of the probe.  Speaking to reporters Tuesday, Emanuel pointed to various initiatives already underway aimed at restoring public trust in the force.

But others say release of the video unleashed a reaction that won’t allow a return to the status quo. Defense lawyers now know they have the right to access dashcam videos and audio and are demanding them.

“I think we have just awakened a sleeping giant,” Alderman Howard Brookins Jr. said. “This horrific video and the cover-up behind it opened up people’s eyes all across the country that officers can blatantly lie and violate people’s civil rights and that we really need to have significant oversight.”