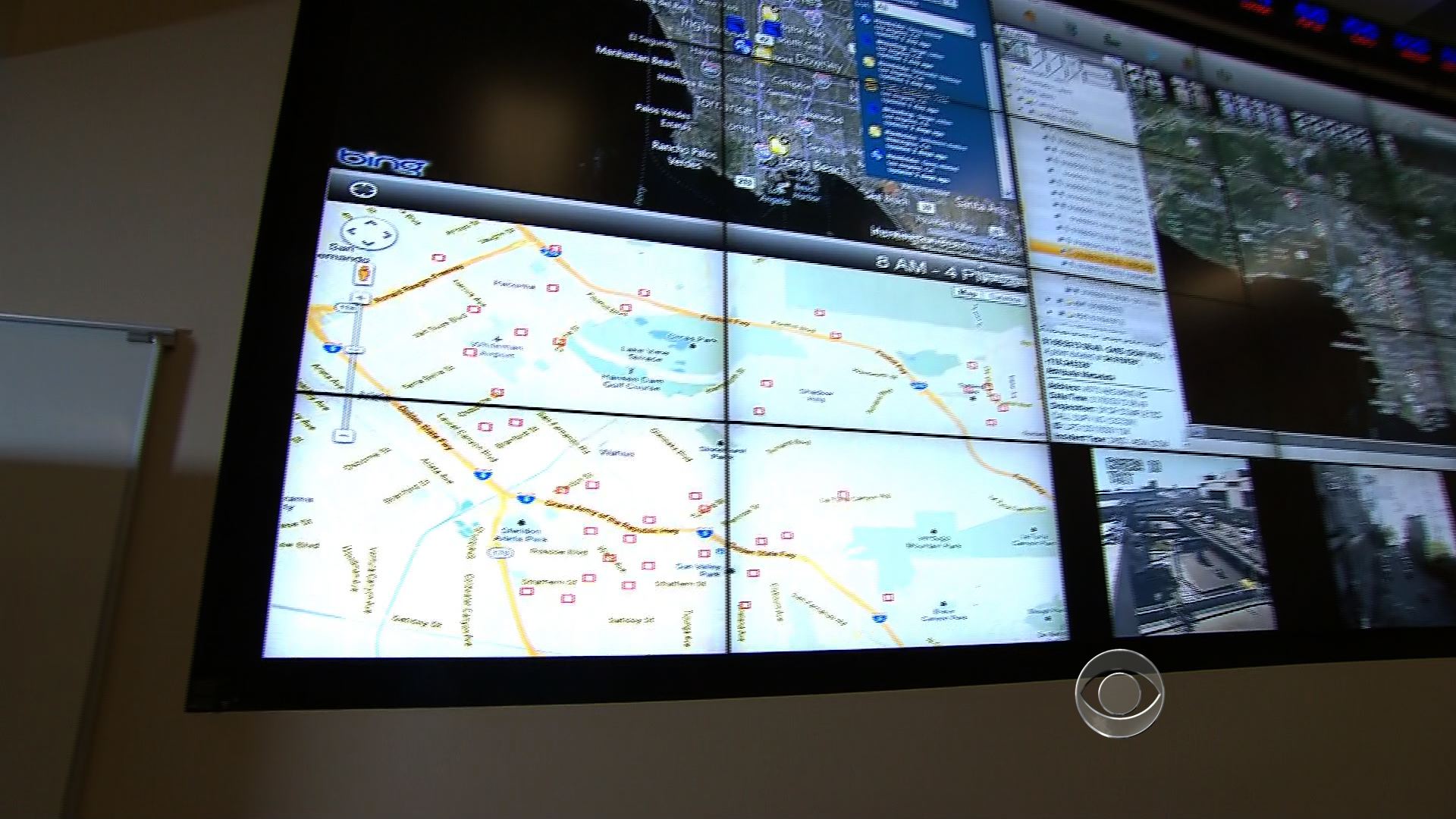 Its latest weapon is a program that can actually predict where crimes will happen. CBS justice correspondent Bob Orr has a first look at the results.

The small red squares are "hot spots" where computers project where property crimes are most likely.

It's called "Predictive Policing" a program which Capt. Sean Malinowski says puts officers on the scene before crimes occur.

"Sixty-five percent of our crimes are burglary, grand theft auto and burglary from a motor vehicle" Malinowski said. "And that's what these boxes represent."

The crime prediction boxes come from the same kind of mathematical calculation used to predict earthquakes and aftershocks.

By analyzing the times, dates, and places of recent crimes computers project "hot spots" for burglaries, break-ins, and car thefts.

"The real measure of this is not how many people you catch it is how much crime you prevent," said Beck. "I love catching people -- it's what I live for -- but what I'd rather do is live in a place and work in a place where crime didn't happen."

Chief Beck, a 35-year veteran and the father of two LAPD officers, has faced some skepticism in selling the "predictive" concept.

Orr asked Beck whether claims of a computer program predicting future crimes is something beyond belief, especially for would-be criminals on the street.

"Well of course, that's the nature of human beings" Beck said. "Everybody thinks they do their profession as well as it can be done and so they don't need any help. If this old street cop can change the way that he thinks about these things, then I know my kids can do the same."

The LAPD began testing the Predictive Policing model in the Foothill Division in November. And the early results are encouraging. Burglaries are down 33 percent and violent crime is also down 21 percent.

That success will allow Beck to expand the program to other parts of the city and leverage limited resources.

It's also about driving the crime rate lower. Crime in the area has dropped nine straight years and with these small red boxes, Los Angeles is aiming for 10.