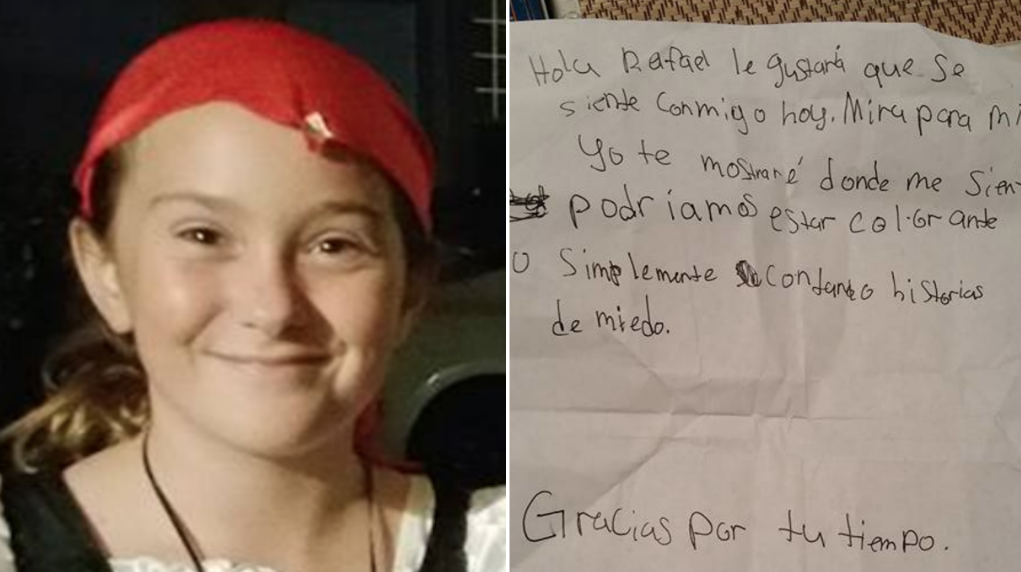 It’s not easy for any child to transition to a new school and make new friends, and it’s especially hard for a transfer student like Rafael Anaya, who doesn’t speak English yet.

The 10-year-old boy, who only speaks Spanish, often found himself sitting alone at lunch — that is, until Amanda Moore came along and broke the language barrier.

The fifth-grader at Paloma Elementary School in Temecula, California, noticed how lonely Rafael seemed and decided to keep him company. But when she tried to introduce herself, she realized the boy didn’t speak her language.

Instead of shrugging her shoulders and walking away, Amanda turned to Google Translate. After a few attempts, she crafted a letter written completely in Spanish.

Unsure if it was accurate, the girl went home from school that day and asked her mom to proofread.

“Literally I’ve been crying ever since then because I thought it was the sweetest thing in the world,” her mom, Kimber Kinard, told CBS News.

Every day after school, Kinard asks her daughter to tell her two good things and one bad thing that happened. Meeting Rafael was one of the good things.

“I always said, ‘Find the new kid.’ Always. Find the new kid,” Kinard said. “They may not stay your friend, but they won’t forget that you made them welcome in that school.”

The next day, Amanda handed Rafael the note, which invited him to sit with her at lunch.

“She said ‘Come find me and you can sit with me,’” Kinard explained. “She’ll show him the ropes of fifth grade.”

A week later, Amanda discovered Rafael is not only her classmate — but also her neighbor. And he joined her family as they trick-or-treated around the neighborhood on Monday.

“We were teaching him the ‘trick-or-treat, smell my feet, give me something good to eat’ song,” Kinard joked. “We had him singing it by the end.”

Amanda and Rafael now mainly communicate through drawings, but they’re working on learning each other’s languages.

For now, Amanda’s just “learning the phrases that you hear every day in class.”