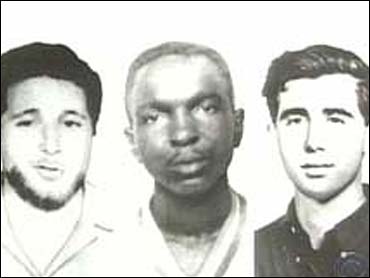 Mississippi officials say a historical marker can be placed on a state highway near where three civil rights workers were murdered in 1964.

The marker request was made by the William Winter Institute for Racial Reconciliation at the University of Mississippi.

On June 21, 1964, James Chaney, Andrew Goodman and Michael Schwerner were ambushed and later shot on a rural road. The slayings shocked the nation, helped spur passage of the landmark Civil Rights Act of 1964 and were dramatized in the 1988 movie "Mississippi Burning."

In 1967, seven men were convicted of conspiring to violate the civil rights of the three. In 2005, Edgar Ray Killen, was convicted on three counts of manslaughter and sentenced to three 20-year consecutive terms.