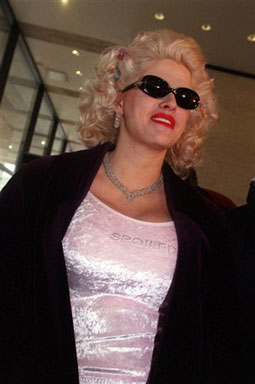 A tired-looking Lance Armstrong was soundly beaten by Alex Zuelle of Switzerland Tuesday in his second race since winning the Tour de France.

Armstrong, wearing the yellow jersey of the Tour winner, seemed to give up near the end as he slowed down dramatically and finished ninth in the two-leg Cross Laussane time trial. He was more than a minute behind Zuelle in the second leg.

Zuelle, who was second to Armstrong in the Tour de France, battled his countryman Laurent Dufaux for the victory.

They finished within a second of each other in the overall standings after the two stages. Italian Stefano Garzelli was third.

Both stages took place over the same 4.3-mile cobblestoned route, starting at the Olympic Museum and climbing 869 feet to the finish line.

Armstrong, whose victory in Paris marked a remarkable personal victory over life-threatening cancer, has set himself a punishing schedule since finishing the Tour on Sunday.

He won a race in Amsterdam Monday before traveling to Switzerland for the Cross-Lausanne Tuesday.

Even though the race did not finish until 8:45 p.m., he then planned to fly to Brussels for a celebrity dinner, before returning to Holland for another race Wednesday.

The Texan then flies to the United States for a series of public appearances.

The Cross Lausanne has become a traditional event to showpiece the top riders from the Tour. Last year, it was won by Tour de France champion Marco Pantani.