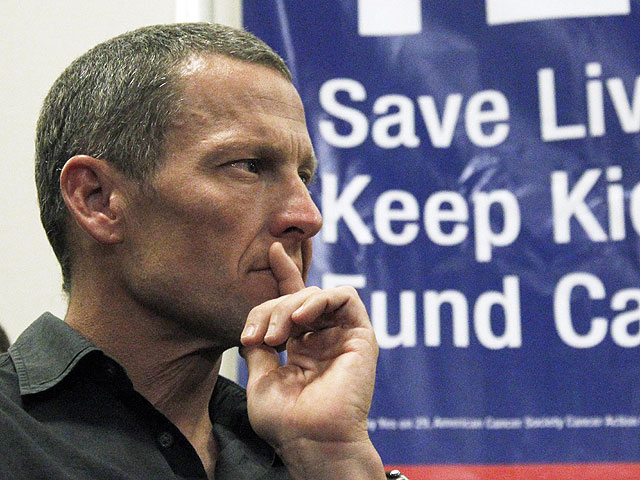 Attorney Robert Luskin asked the agency by letter to turn over the names as well as all test results.

Armstrong has until June 22 to respond in writing to the fresh allegations, the first step of what could be months-long process.

"I'm exploring all my options," Armstrong said in a telephone interview Thursday with The Associated Press from Paris. "They're not limited only to arbitration with USADA. I think there are other questions that need to be answered with regard to their behavior and tactics."

"They are well known to move the goal line on you," he said.

" ... We are entitled to certain things, certain pieces of evidence, if not all the evidence in terms of what will be in front of the review board," he said.

Separately, the AP obtained a copy of the letter Luskin sent to USADA on Wednesday.

"(We) cannot protect Mr. Armstrong's rights without knowing who is saying what and what events that allegedly occurred over the course of a decade and a half," Luskin wrote. "Even at this preliminary stage, your reliance on secret witnesses making deliberately vague charges is unconscionable."

USADA says it has blood samples from 2009 and 2010 that are consistent with performance-enhancing drug use and more than 10 former Armstrong teammates and support personnel who will testify they saw the Tour champion use drugs or talk about using them.

USADA has said it will not release the names of witnesses at this stage in order to protect them from attempts to intimidate them.

The 40-year-old Armstrong was scheduled to race in a June 24 triathlon in France, but USADA's allegations mean he cannot compete. He spoke to the AP from Paris, but is planning to return to the U.S.

In a previous letter, Luskin complained that USADA officials had tagged along with federal criminal investigators to interview witnesses during a two-year probe that ended in February with no criminal charges being brought against Armstrong.

Armstrong had hoped that case would end the doping questions that have dogged his entire career, but USADA officials had insisted they would press their own investigation. The agency notified Armstrong on Tuesday it would file formal charges.

Armstrong could be stripped of the Tour titles he won from 1999 to 2005 and banned from cycling, though he retired from the sport last year.

Luskin's letter notes that the blood samples collected in 2009 and 2010 — when Armstrong came out of retirement to race in the Tour de France — did not result in positive drug tests at the time.

Armstrong has been dogged by doping allegations since his first Tour victory in 1999, but had hoped his fight to be viewed as a clean champion was finally won after federal prosecutors closed their probe. Armstrong has said the investigation took a heavy emotional toll and he was relieved when it ended. (Watch "60 Minutes" report from May 2011 on Armstrong doping allegations.)