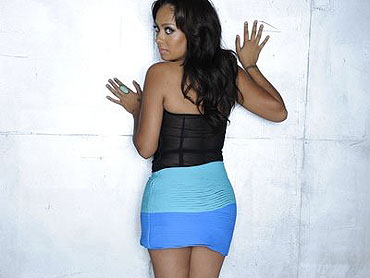 But the 31-year-old Brooklyn born beauty had to work hard to get in wedding shape, shedding two dress sizes and 15 pounds, according to Life & Style Magazine.

How did she do it?

Turns out she had a little help from gal pals Kim Kardashian and singer Ciara, who bought her personal training time with celebrity trainer Gunnar Peterson.

"Kim and Ciara have incredible bodies, Vasquez told the magazine. "So I thought if he's the guy responsible for that then I need to get in there."

Vasquez and Anthony were married July 10. They have a 2-year-old son together. Their nuptials were filmed  for an upcoming VH1 television series.