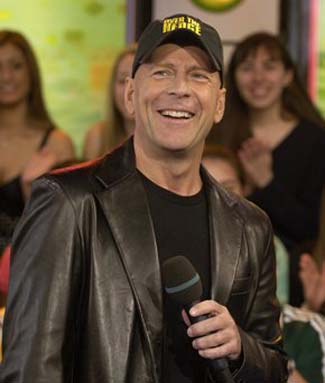 And now, the showdown.

Kobe Bryant scored 18 of his 31 points in the first 10 minutes, and put the clamps on explosive rookie Steve Francis as the Los Angeles Lakers took command early in beating the slumping Houston Rockets 101-85 Sunday.

The 31 points equaled a season-high for Bryant, who made 13 of 18 shots and also had four rebounds and six assists in addition to his excellent defensive job on Francis.

The win was the 11th straight for the Lakers, who travel to Portland for their final regular-season game against the Trail Blazers on Tuesday night.

"We're in a groove right now, we're in a rhythm," Bryant said. "It's important to go up there with a game like this, it's good for our momentum, good for our confidence."

"Portland has a very impressive team, they have two star teams on one team," said Shaquille O'Neal, who had 24 points, 13 rebounds, eight assists and five blocked shots against the Rockets. "However, if we bring our `A' game and play the way that we've been playing, I like our chances."

Glen Rice added 17 points for the Lakers, who took the lead for good in the opening two minutes and weren't seriously threatened at any time.

Cuttino Mobley scored 16 of his 29 points in the fourth quarter for the Rockets, who have lost five straight and eight of 10.

Rookie Kenny Thomas added 14 poits for Houston. Francis, meanwhile, was held to six points all in the second half. He missed his first nine shots, wound up 2-of-11 and committed seven turnovers.

"Every time I touched the ball, it seemed like there were four or five hands in my face," Francis said. "They played good defense, I'm not going to lie about that."

"It wasn't just Kobe. He did a good job, but there were two guys on me every time I touched the ball."

The 6-foot-7 Bryant, who blanked Allen Iverson, the NBA's leading scorer, in the second half of an 87-84 Los Angeles victory over Philadelphia a week earlier, said he enjoyed guarding the opposition's speedy point guards.

"It's fun chasing those little guys around," he said. "I have just as much energy as they do, if not more."

Mobley scored seven straight points to cut Los Angeles' lead to 87-75 with 5:06 left, and the Rockets later cut the deficit to 10 points, but that was as close as they would get.

"All those guys are tough, and Kobe was a nightmare," Mobley said. "Shaq does his job, he's the best player in the league by far."

Bryant scored seven points and assisted on a basket by Rice as the Lakers took a 9-2 lead in the opening 3 1/2 minutes.

Bryant made eight of his first nine shots including a pair from 3-point range, and Rice was also 2-of-2 from beyond the 3-point line in the first quarter, which ended with the Lakers leading 30-13.

O'Neal heated up at the start of the second period, scoring the first 10 Los Angeles points as the Lakers extended their lead to 40-18.

The Lakers led by as many as 23 points before settling for a 48-29 halftime lead.

"I thought we played an energetic first quarter and then we sort of fell into a lull," Lakers coach Phil Jackson said. "But I'm real happy to carry the energy of 11 wins into Portland."