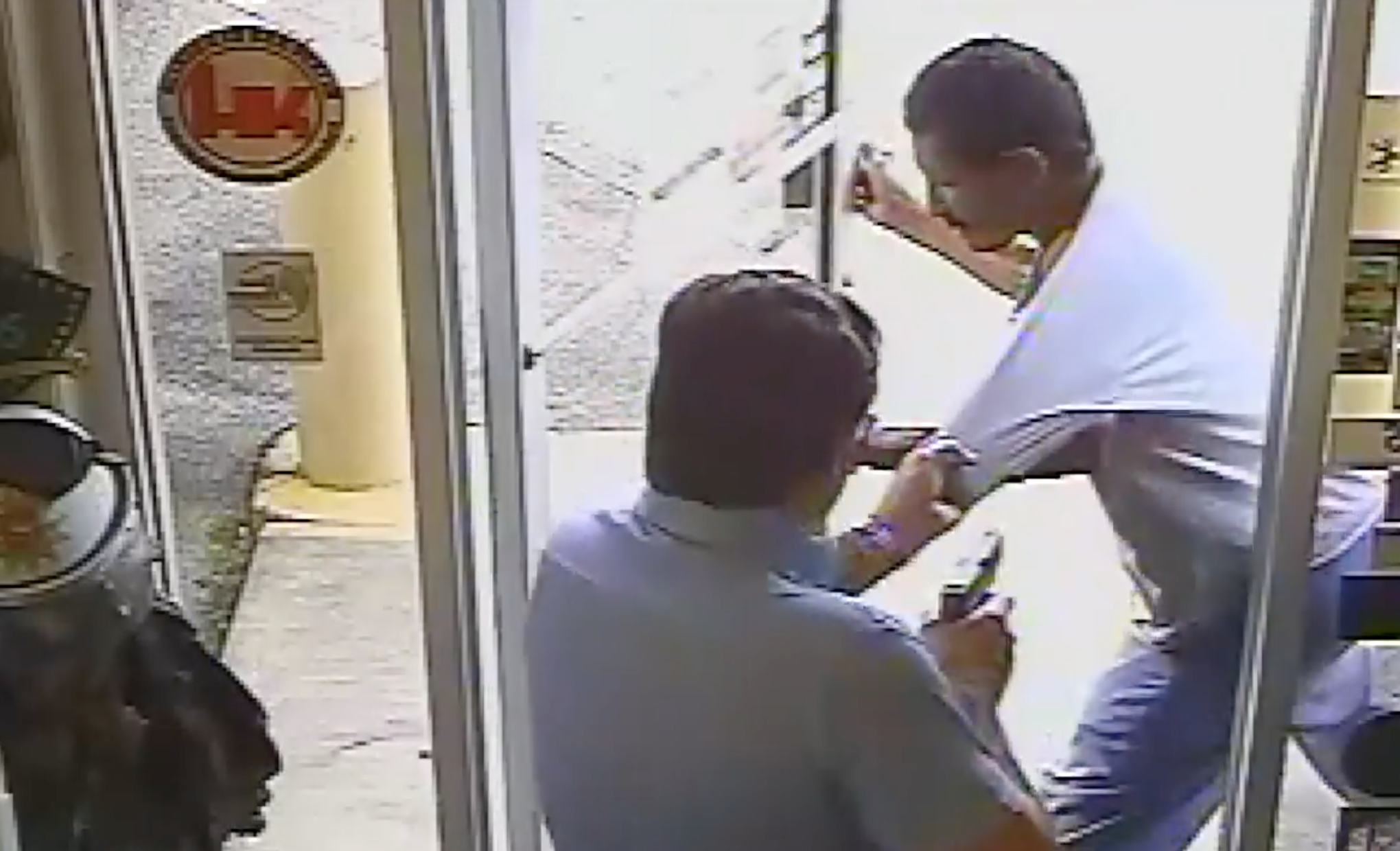 Authorities in Lakeland, Florida, released surveillance footage Monday showing a city commissioner fatally shooting an alleged shoplifter earlier this month outside a military supply store he co-owns. Michael Dunn, who took office in January, fired a gun after seeing a customer taking a hatchet and trying to leave without paying, the Lakeland Police Department said.

The seven-minute video from inside the Vet Army Navy Surplus store Oct. 3 shows Christobal Lopez, 50, attempting to exit the store with an object in his right hand as Dunn confronts him with a gun. Dunn grabs him by the shirt before apparently firing the weapon and striking Lopez, who was later pronounced dead at the scene.

Police said Lopez hid the hatchet while his father was making a purchase –– and Dunn asked Lopez if he was going to pay for it before the encounter escalated. Lopez still had the hatchet when he was shot, according to authorities, but it's unclear if he was holding the weapon or it was hidden in his pants. Surveillance video doesn't clearly show what he took.

The fatal shooting comes amid scrutiny over the state's controversial "stand your ground" law, which says a person can use deadly force "if the person reasonably believes that such conduct is necessary to defend himself or herself or another against such other's imminent use of unlawful force." In August, a man was charged with manslaughter after he shot and killed a father of three who shoved him in a parking lot.

Sherrilyn Ifill, president and director-counsel of the NAACP's Legal Defense and Educational Fund, called out the "stand your ground" law on Twitter, saying, "We are allowing private citizens to impose the death penalty for shoplifting."

Lakeland police and the State Attorney's Office for the 10th Judicial Circuit are investigating the shooting.

"Please understand this is an ongoing criminal investigation," Giddens said. "Until the investigation is complete, it would be inappropriate to comment further."

At this point, Dunn hasn't been charged, according to the State Attorney's Office.

"The investigation of the shooting at Army Navy Surplus Store continues," said State Attorney Brian Haas in a statement to CBS News on Tuesday. He anticipates the probe to finish by the end of the week.