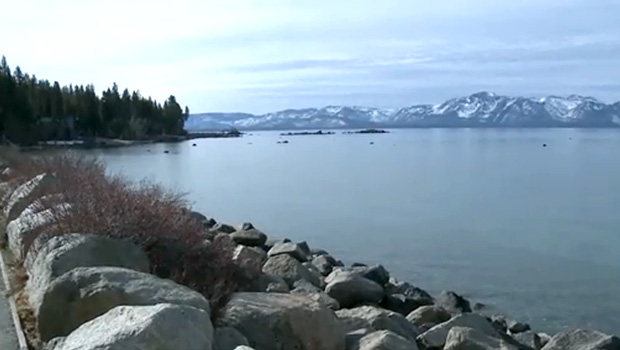 LAKE TAHOE, Nev. -- Fishing on Lake Tahoe last week with his friends, Stephen Garnett was hoping to make a big catch. But, as CBS affiliate-station KTVN reports, what he ended up reeling in was for someone he didn’t even know.

“I was looking in the water thinking, ‘What is that?’ I thought it was a cellphone,” said Garnett.

In fact, what Garnett pulled out from approximately 200 feet deep in the water was a camera.

One of Garnett’s friends, Jamie Clark, saw there was water in the viewfinder. But she also noticed the memory card was good, and filled with photos – 1,065 of them to be exact.

Photography being a passion of Clark’s, she decided to post all the pictures on Facebook in the hopes of returning them to their rightful owner.

Clark also contacted the school teams in Utah pictured in the photos, and finally made the connection.

The camera belonged to Jana Livitre of South Jordan, Utah, who had dropped it while sailing on Lake Tahoe over two years ago, in September 2011.

"It's just surreal. I just can't believe it and to think that it wasn't found by scuba divers but it was actually reeled in by a guy who thought he caught a fish, that just makes it even cooler," said Livitre.