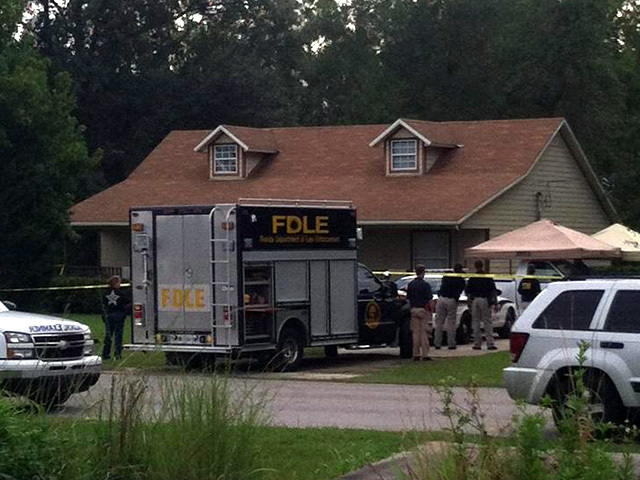 (CBS) LAKE BUTLER, Fla. - Police say a 72-year-old man drove around Saturday and shot former co-workers and boss, killing the former employer and another man before turning the gun on himself.

On Saturday, Hubert Allen Jr.  shot and killed former co-worker Rolando Gonzalez-Delgado, 28, around 9 a.m., then went a short distance and killed Marvin Pritchett, 80, who founded the company in 1980.

A few minutes later, Allen pulled over where another former co-worker was driving a farm tractor, exchanged words with him and fired a shotgun, authorities said. The victim, 66-year-old Lewis Mabrey Jr., was in good condition Sunday, hospital spokeswoman Nickie Doria said.

Allen then went to the company's headquarters in Lake Butler and shot 44-year-old David Griffis in the stomach, the sheriff's office said. Griffis was in critical condition Sunday.

Allen then killed himself at his nearby home.

It was clear to everyone in town that Allen and Pritchett had a good relationship at one point. Rev. Patrick Maxwell said, "You had the assumption, no, the conviction, that they were close."

Pritchett grew up in Union County and was constantly involved in businesses, from gas stations to truck companies and farms. Residents said he was known around town as Mr. P, a generous man who gave to charitable groups and projects and treated his employees well.

It wasn't yet clear why Allen stopped working for Pritchett Trucking Inc.