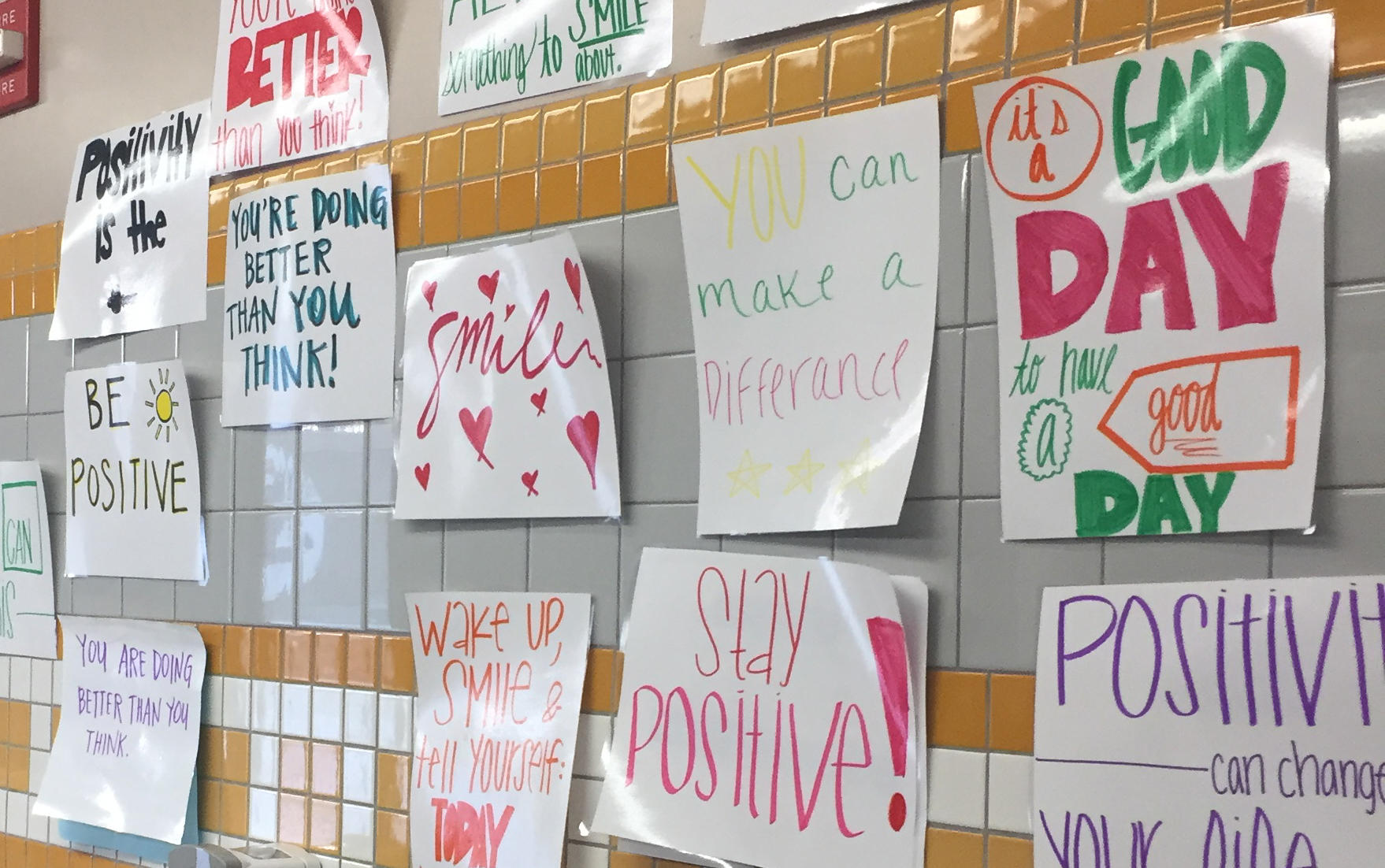 High school girls’ restrooms are often more than just bathrooms. They can be where young women catch up with friends or fuss with their hair or makeup. The girls’ room can be a safe space, but for some it can also be an intimidating place full of gossip and insecurities, best avoided if possible.

Which is why, at Laguna Hills High School in California, it’s also where girls can get a daily dose of inspiration. Instead of mirrors, female students now see dozens of messages of affirmation posted above the sinks in their bathrooms. “You are beautiful,” reads one sign. Another assures them, “You’re doing better than you think.”

The president of the school’s Kindness Club, 17-year-old Sabrina Astle, came up with the idea in late March during “‘What If...?’ Week.” Each day of the week had a theme meant to bring students on campus closer together. Astle decided to put up the posters for the day designated “What if we showed more love?”

“My goal was to spread love and positivity on campus, and in the world too,” Sabrina told CBS News about her project. She and some friends wrote and laminated the signs, then hung them in the bathroom after school hours.

High school can be a trying time for teenagers — there is often pressure to measure up to the rest of your peers. Small insecurities can feel overwhelming when walking the halls among other classmates, but Sabrina wants her fellow students to remember their worth.

So the group also plastered the walls and stall doors with colorful posters assuring girls that they are “capable,” “enough,” and “important,” among other things.

“Sabrina wanted girls to walk in and see the colorful signs, and hopefully leave a bright spot on their day between classes,” said Chelsea Maxwell, the school’s activities director.

Astle told CBS News the reception to the signs has been positive, and other girls on campus have loved the simple affirmations throughout the day. As a result, her temporary idea is here to stay a little longer. According to Maxwell, there are no immediate plans to take the signs down.

And Sabrina is still on a mission to keep spreading the positivity. “I’d like to start another project,” she said. “Hopefully it will be with boys and how to build their confidence!”