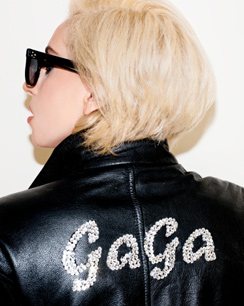 (CBS) - A record label behind artists such as Lady Gaga and U2 was allegedly used by a drug-trafficking ring that used music "road cases" to transport kilos of cocaine and over $1 million in cash.

According to The Smoking Gun, records show that members of an organization involving hip-hop manager James Rosemond, also known as 'Jimmy Henchment', arranged pickups and deliveries at the offices of Interscope Records.

Rosemond, 46 was indicted three months ago on drug trafficking charges in connection to the operation.

Investigators allege, according to The Smoking Gun, that kilos of cocaine were shipped via Rock-It from L.A. to New York, where "members of the Rosemond Organizaton retrieved the road cases and distributed the cocaine," according to a court affidavit sworn by DEA Agent Steven Miller. Miller also added that ring members, "collected the proceeds from cocaine sales, packed the cash into the road cases and transported them to music studios in Los Angeles."

Fox News reports that prosecutors say it's possible that the employees of Interscope Records, a division of Vivendi SA's Universal Music Group, were unaware that their company was being used as a way station.