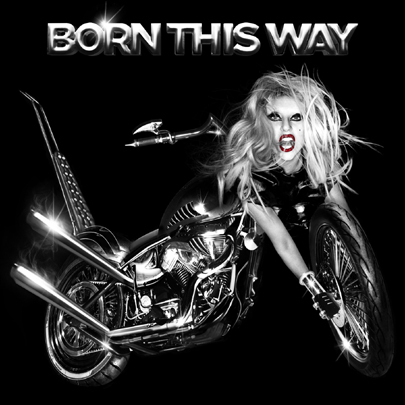 (CBS) We certainly hope Mother Monster wasn't born this way - when Lady Gaga unveiled her new album cover to fans on Saturday, they weren't too pleased with the result.

The 25-year-old singer tweeted her new album cover on Saturday, with the caption, "So happy+free to finally share this w you, riding around with the booklet! Can't believe its here!"

The special edition version was revealed on Sunday, revealing a close-up of her face from the mutant motorcycle image.

While fans were excited about the futuristic horns from the "Born This Way" single, they weren't as pleased when Gaga was depicted as something of a minotaur -part human and part...motorcycle.

While some fans expressed their disgust for the cover, stating "WTF NO," ["SHE'S] A F***ING MOTORCYCLE," and "This better be fake because I'm not OK with it," others formulated explanations for why the cover could not be real.

The Guardian, however, noted that the Gaga's tweets confirm that the artwork is genuine.

The album is scheduled for release on May 23.

Tell us: What do you think of the new album cover?