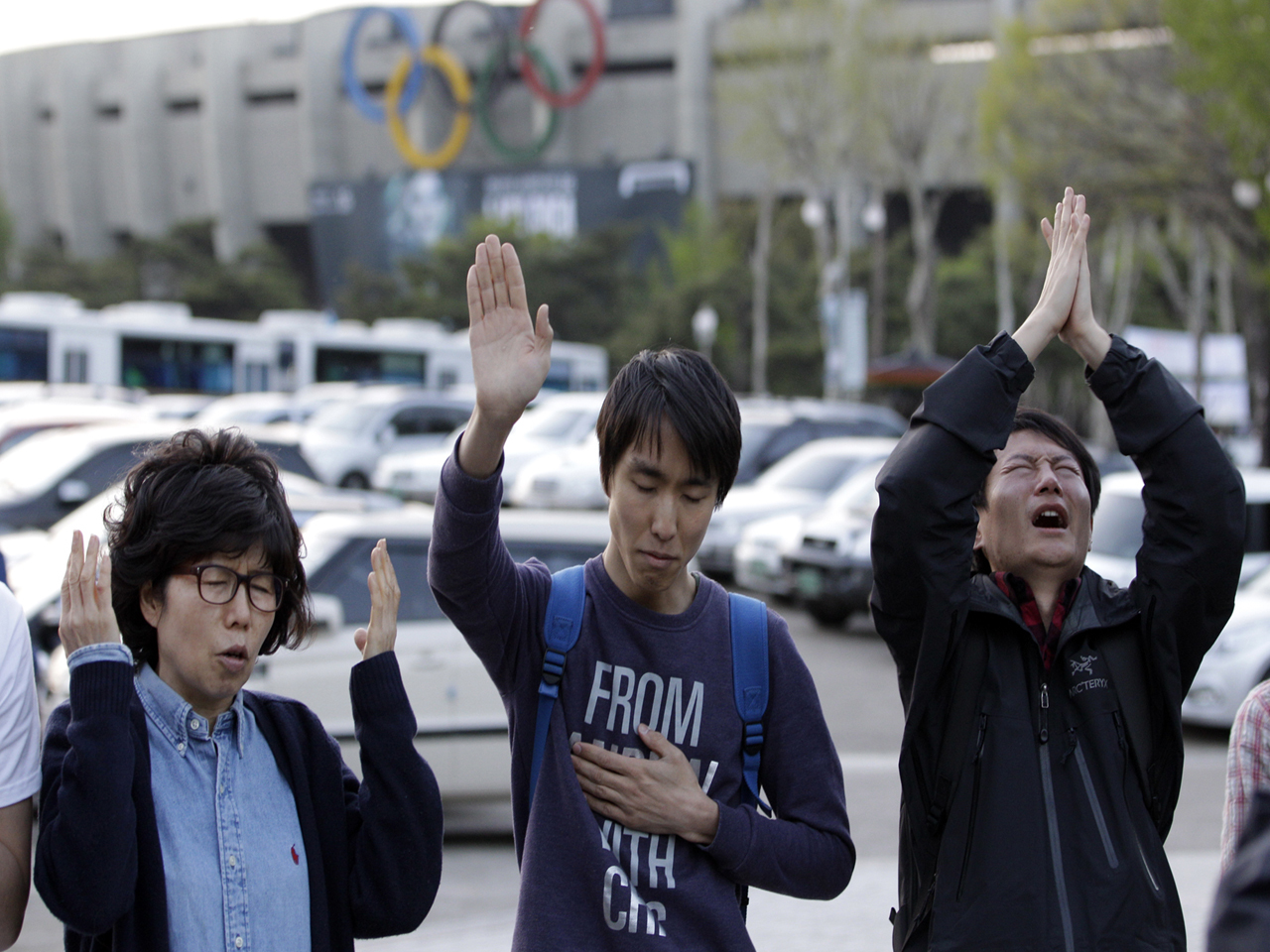 (CBS News) Lady Gaga continued to face a backlash from Christian groups in South Korea as she prepared to take the stage on Friday.

Protesters gathered Friday outside Olympic Stadium in Seoul, urging the pop star to cancel her concert, saying it's "pornographic" and promotes homosexuality.

"Some people can accept this as another culture but its impact is huge beyond art and debases religions. Even adults can't see her performance which is too homosexual and pornographic," the Rev. Yoon Jung-hoon told Reuters. He's behind the group "Civilians Network against the Lady Gaga Concert" and had said he would attend the show to "monitor" the performance for homosexual content.

No one under 18 was allowed inside the concert venue, a directive from South Korea's government. But that didn't stop thousands of South Koreans from attending Gaga's sold-out concert. Photos show dozens of fans dressed as Gaga as they headed into the concert on Friday.

The "Born This Way" singer has been in Seoul since last week, keeping fans abreast of her activities while there via Twitter. She tweeted right before going on stage.

The Seoul show is the first of many stops on Lady Gaga's Asia leg. She performs next May 2 in Hong Kong.