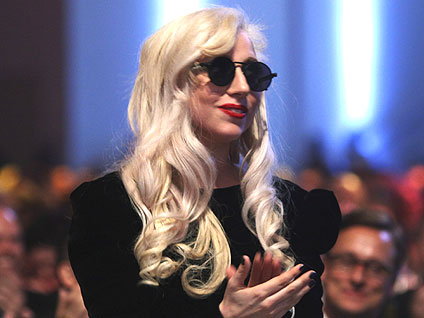 NEW YORK (CBS) Lady Gaga might not be running for U.S. president in 2012, but her chances look good if you tally her friends on Facebook.

As of 9 a.m. on Tuesday, the singer had eclipsed the President Barack Obama, to have the most Facebook friends at 10,996,842, according to published reports.

The 24-year-old "Poker Face" singer is the first living person to attract more than 10 million Facebook friends, according to People magazine. President Obama's Facebook friend count currently sits at 9,967,630, and was the former "Facebook Friend" champion.

Although she is the first living person to achieve the 10 million-plus milestone, other (non-living) subjects are at the top of the Facebook totem pole (in ascending order): Family Guy, Mafia Wars, Facebook, Michael Jackson and Texas Hold 'Em Poker -- which, coincidentally, has no relation to the opening lyrics in Lady Gaga's big hit "Poker Face."

It is worth noting that President Obama's page is run by the group Organizing for America, which is part of the Democratic National Committee.

The singer even managed to beat out the president on Twitter. As of Tuesday, the singer has 317,282 more Twitter followers than the President, though who both hover in the 4-million-plus friends range, according to the Top Followers List on Twitaholic.com.

Gaga and Obama rank fourth and fifth, respectively, on Twitter, behind talk show host Ellen DeGeneres, actor Ashton Kutcher and pop star Britney Spears, who has the most followers on Twitter at 5.2 million.