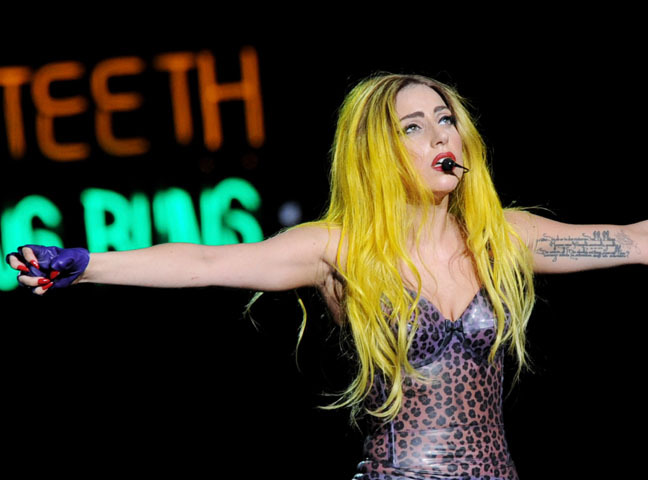 (CBS) Lady Gaga says she believes the late fashion designer Alexander McQueen, has been working through her since his death last year.

"I think he planned the whole thing: Right after he died, I wrote (the single) 'Born This Way,'" she told Harper's Bazaar magazine.

She added, "I think he's up in heaven with fashion strings in his hands, marionetting away, planning this whole thing."

When her record label moved the song's release date to the one-year anniversary of McQueen's death, she says, it convinced her further that he was involved.

In the interview, Gaga also touched on the subject of plastic surgery, declaring that she has never had any work done, and seemed unconcerned about the possibility of reaching a saturation point in the media.

She told the magazine, "You can quote me on this: People love you when they think you won't be around for very long, and people hate you when they can't get rid of you. But I'm not going anywhere."

Her next single, "Judas," the second single off her upcoming album "Born This Way," will be released on April 19. The album will be available in stores and online on May 23.