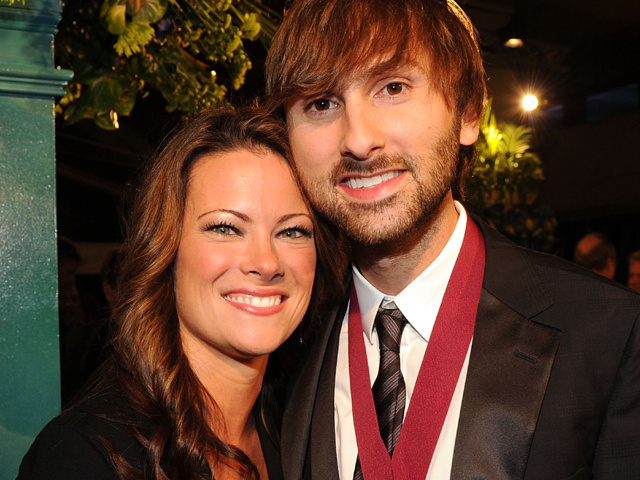 (CBS) Dave Haywood of Lady Antebellum proposed to his girlfriend Kelli Cashiola Monday evening, a rep for the country group confirmed with People.

Haywood, 29, picked up Cashiola, VP of Marketing/Brand Management for Warner Music Nashville, from her office, then asked her to put a blindfold on as they turned onto her street. When they were inside her home, Cashiola opened her eyes to a winter wonderland, reports People magazine.

Outside of the house a string of Christmas lights spelled out "Will you marry me?" on the house. According to People, Cashiola, 29, responded "Yes!"

The couple, who had been friends for five years, publicly revealed their romance last month when they walked the CMA Awards red carpet together.

Lady Antebellum's "Own the Night" album is nominated for a Grammy for Best Country Album.