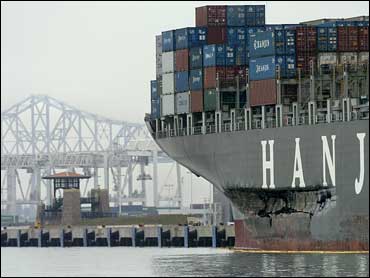 A lack of communication between crew members played a critical role in the crash of a container ship that led to a massive oil spill in waters off California that cost more than $70 million to clean up, federal safety officials said Wednesday.

Investigators also said medical records for the ship's pilot showed he had taken numerous prescription medications in the months leading up to the accident and that some of the medications are shown to have an adverse effect on cognitive performance. Also, the medication use "probably was a significant contributing factor" in the accident, officials said. The pilot has been charged with failing to disclose the prescription drug use on annual medical reports.

The investigators told the National Transportation Safety Board Wednesday that the ship's captain and pilot had little discussion about how the pilot planned to guide the ship through dangerous local waters. For example, the safety officials said there was no discussion of the ship's proper speed or extra precautions that should be taken because of dense fog.

Meanwhile, the pilot, John Cota, also committed several errors, including failure to interpret radar images and effectively question officials monitoring vessel traffic when questions arose about his course. Yet, the captain, Mao Cai Sun, didn't step in and take control despite troubling signals. Staff and board members seemed torn over which of the two bore the greatest responsibility for the crash.

Mark Rosenker, the acting chairman of the NTSB, said a competent captain would have demanded more information from the pilot before allowing the ship to leave its pier.

Yet, investigators said that the captain may have made the problem worse if he had interceded at the last moment because the pilot took steps that avoided a head-on collision.

Some NTSB members said they saw an even more fundamental problem that contributed to the accident.

"This accident started when they left the dock," said board member Debbie Hersman. "They should have never left the dock in those conditions."

Cota, and the ship's Hong Kong-based operator, Fleet Management Ltd. have been charged with crimes connected to the spill. Cota's lawyer Jeff Bornstein alleged that his client is a "scapegoat" for an accident caused by many factors, including a poorly trained crew that spoke little English.

"That ship was unseaworthy because the crew was so improperly trained," Bornstein said.

Cota has pleaded not guilty to two felonies alleging he failed to disclose prescription drugs he was taking on two annual medical reports required by the Coast Guard. Fleet Management is charged with ordering at least one Chinese crew member to alter documents after the accident. Both are also charged with environmental crimes.

No one was injured in the crash, but the spill contaminated 26 miles of shoreline. It also killed more than 2,500 birds of about 50 species and delayed the start of the crab-fishing season.

Marine investigator Rob Jones told the board that he believed a competent crew could pass under the bridge despite the poor visibility.

But Hersman replied that a more appropriate question was whether the ship should have attempted to pass under the bridge - not whether it could have done so.

During Wednesday's hearing, investigators were expected to formally cite the probable cause of the accident and to make recommendations on improving safety. The board can accept or reject the staff's findings.