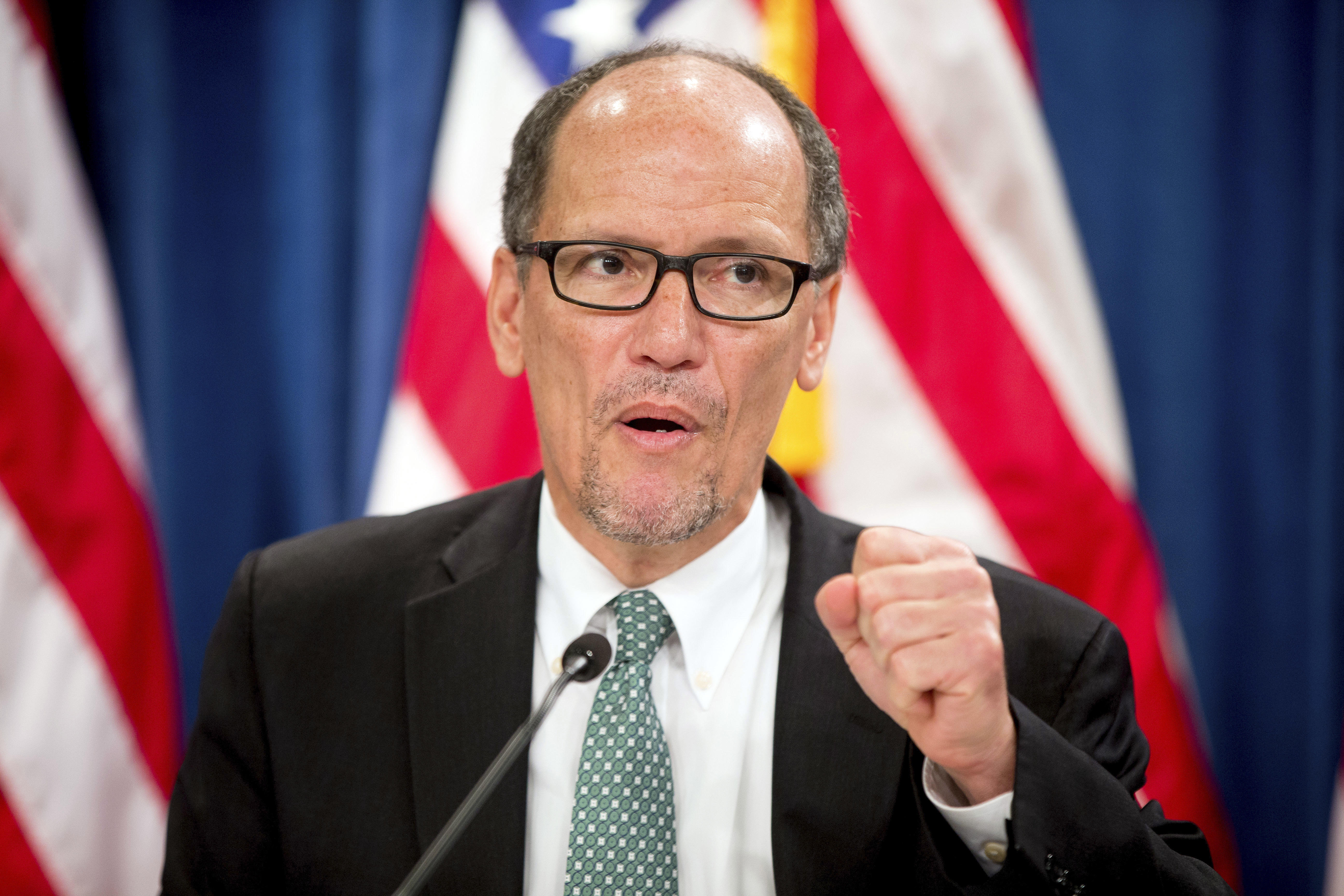 “Those questions have no place in a transition,” Perez said. “That is illegal.”

Last week, President-elect Trump’s transition team sent the State Department a memo requesting information on its “gender-related staffing, programming, and funding.” However, the document did not request specific names of employees working on those programs.

“Will dedicated career people be targeted because they were doing the right work?” Perez said.

He said he isn’t aware of any similar “blanket questions” posed to the Labor Department.

The president-elect’s transition team responded to Perez’s comments in statement saying “the transition has a memorandum of understanding in place with the administration, and we continue to uphold both of our ends in this agreement.”

President-elect Trump has nominated businessman Andy Puzder to replace Perez as head of the Labor Department. Puzder is CEO of CKE restaurants which owns the fast food chains Hardee’s and Carl’s Jr. He has argued against raising the minimum wage.

“Organizing can’t consist of going to a church every four years in October and saying ‘vote for me’,” Perez said.

“You don’t have to lower wages in order to move forward. You can lift wages and lift prosperity for everybody.”

Ellison is pushing to strengthen what he calls the “grassroots” of the party.

“We have got to just make sure the Democratic rank-and-file really owns the party, feels that it is theirs,” Ellison told “Face the Nation” moderator John Dickerson.

Ellison has promised to work as DNC Chair full-time, resigning from Congress, if elected.