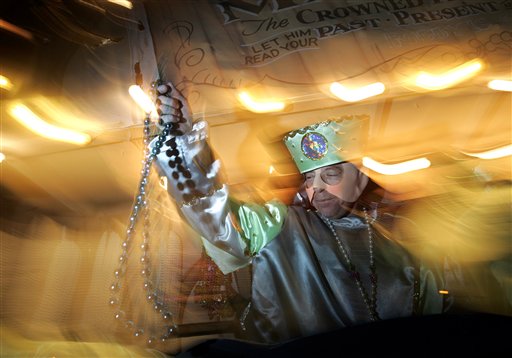 Bobby Labonte's program has gone flat, and that's a good thing for him.

With a victory Sunday at Pocono International Raceway, the flatest of all NASCAR ovals, Labonte firmly established himself as a Winston Cup championship contender.

After struggling for years on surfaces banked at 18 degrees or less, Labonte posted his fifth top-five finish in six races this year on the flats while winning the Pocono 500.

The 35-year-old Texan won for the second time in three weeks and ninth time in his career. He drove his Joe Gibbs Racing Pontiac to a six-car-length victory over the Chevrolet of three-time Pocono winner and reigning series champion Jeff Gordon.

"I couldn't believe it," Labonte said. "Jeff was awful quick, and I thought he was going to catch us at the end."

"I could catch the guys, but once I got to them it was hard to pass."

Gordon, who finished in the top two for the seventh time in the last eight races at Pocono, figured he could get to the front. But getting there and staying there were two different things.

"It was simple, we just couldn't lead," Gordon said. "I knew I was in trouble when we were out in front."

The win, coupled with Jeff Burton's accident on just the second of 200 laps, moved Labonte to second in the series standings. After his 11th top-five finish overall, Labonte trails Dale Jarrett by 89 points after 15 of 34 races.

"Bobby said he was coming back to his favorite track," crew chief Jimmy Makar said. "He was being facetious."

He won't have to be any longer. He won in his 13th try on the 2@1/2-mile triangle. He only previous top-five at Pocono was a fourth last July in the Pennsylvania 500.

"We had a really, really fast race car, but at the end when we got way back there on the restart, I thought there was no way we would get back," Labonte said of a late four-tire stop that cost them several positions.

Labonte led three times for 27 laps, including the final 15.

Jarrett, coming off a rout of the field a week earlier at Michigan Speedway, was third in a Ford. He led the most laps, 71, but felt changing track conditions hurt him.

"When the sun was out, my car was a little bit better," he said. "The car was awful good at the beginning, and I probably ran it too hard."

Mark Martin was fourth in a Ford, followed by the Chevy of polesitter Sterling.

Burton wound up 36th, dropping to third in the points.

The race turned into a 4-hour, 12-minute marathon because of 11 cautions that slowed the field for 46 laps. The yellow flags limited Labonte's average speed to 118.908 mph.

There were 22 lead changes among 13 drivers.