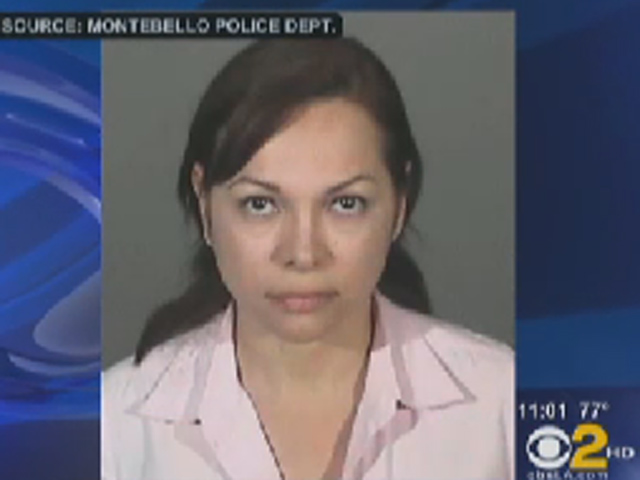 (CBS) MONTEBELLO, Calif. - Police have arrested a female Roosevelt High School Spanish teacher on suspicion of having sex with two of her students.

This is only the latest in a string of sexual scandals plaguing  the Los Angeles Unified School District.

CBS Los Angeles reports that 42-year-old Gabriela Cortez was taken out of the classroom last week and into custody Wednesday, booked on suspicion of unlawful sexual intercourse with a minor, said police Lt. Luis Lopez.

Cortez was released after posting $140,000 bail and receiving an order to appear in court March 22.

The investigation of Cortez began on Feb. 15, when authorities were contacted "by a victim of an alleged sexual relationship involving him and a teacher," Lopez said. She said the man had wanted to "get things off his chest."

The alleged victim was a student at the time of the supposed interaction, but is now an adult, Lopez added.

The investigation triggered by the first accusations led to a "second victim" who "provided information regarding a sexual relationship involving him and the suspect," Lopez said, saying that he, too, is now an adult.

The Los Angeles Times reports that in the wake of the arrest, parents will receive automated calls Thursday in Spanish and English informing them of the incident. A letter will also be sent to the homes of students. Faculty members at the campus were to be briefed Thursday.

Detectives are continuing to investigate and said they suspect there may be additional victims.