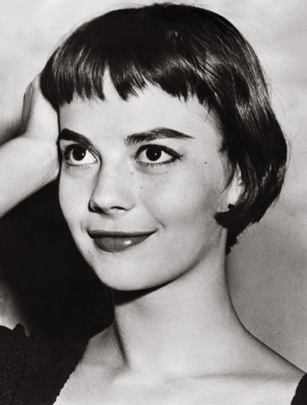 (CBS) Hollywood icon Natalie Wood, star of "Splendor in the Grass" and "Rebel Without a Cause," ended up drowning in the Pacific Ocean in the middle of the night in 1981 under what many believe was suspicious circumstances. Now, Los Angeles police believe they have enough information to reopen the investigation into her death, reports CBS-2 TV in Los Angeles.

More details will be announced Friday at a press conference in Los Angeles Sheriff's Homicide Detectives said they decided to look into the case again because they were recently contacted by "persons who stated they had additional information about the Natalie Wood Wagner drowning."

The Los Angeles Times is reporting that comments made by the captain of the boat off which Wood drowned on the occasion of the 30th anniversary of her death prompted the reexamination.

Captain Dennis Davern was recently interviewed for a collaboration between the magazine Vanity Fair and the television series "48 Hours Mystery" that focuses on Wood's death. A primetime special airs Saturday, Nov. 19 at 10 p.m. ET/PT on CBS.

Natalie Wood Wagner - married at the time for the second time to actor Robert Wagner - died on Nov. 29, 1981.

She drowned - while boating with Wagner and actor Christopher Walken - off the Isthmus of Catalina Island. Her death was investigated at the time and ruled an accident by the Los Angeles County Coroner's Office.

Time magazine reported at the time that Wood was "full of wine" when she stumbled "off a quarter-million-dollar yacht in her nightgown...while her actor-husband sits oblivious with her film co-star a few yards away."

Wood's sister, Lana, asked for the case to be re-opened last March.

When her body was found, Wood was wearing a parka and it was believed at the time she fell overboard and the parka filled with water and caused her to drown.