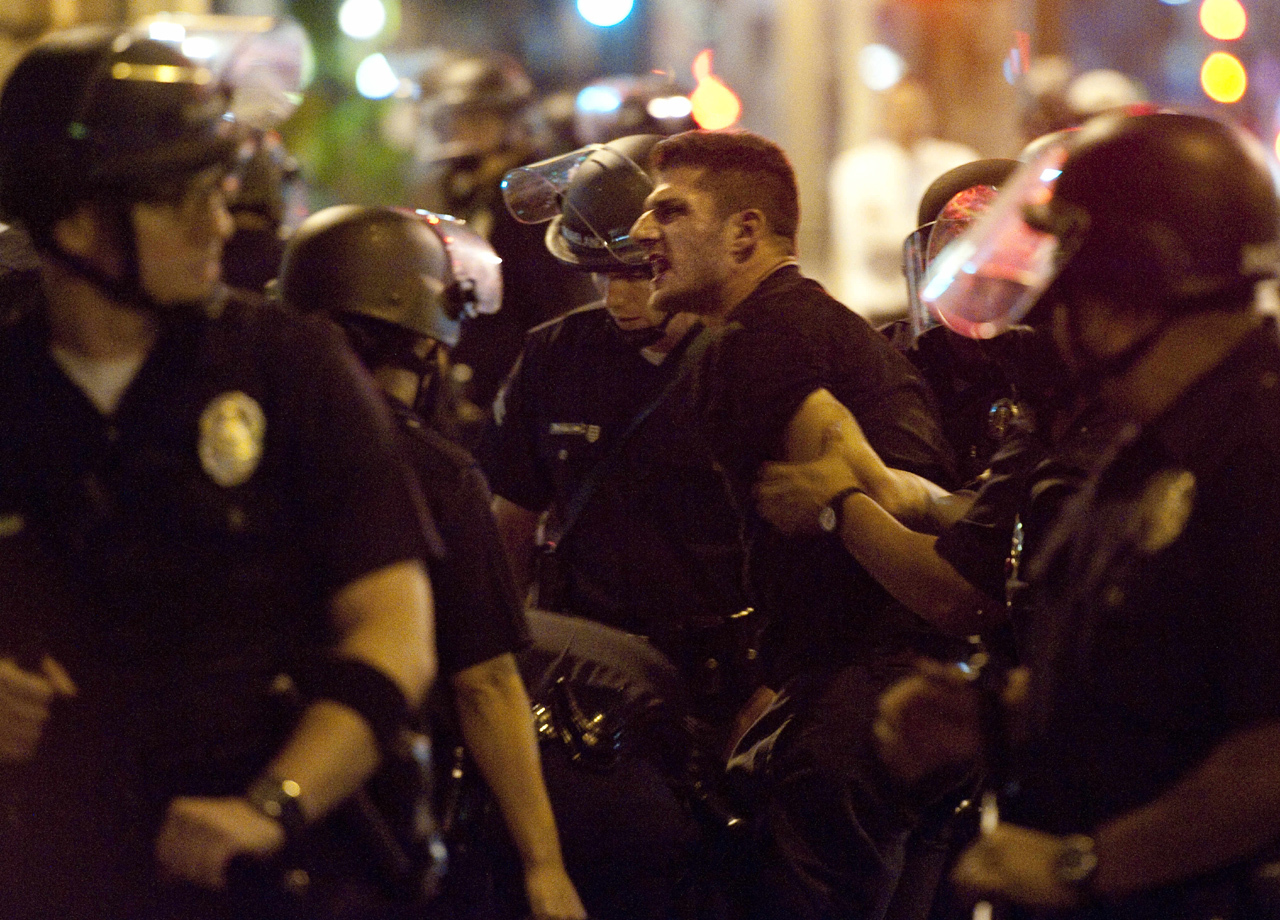 Police in riot gear used batons and non-lethal projectiles to break up a crowd of about 200, in a clash that went on for about three hours. CBS Los Angeles reports one woman was reportedly hit with a skateboard. Four officers suffered minor injuries.

The LAPD said 20 people were arrested, 10 of which were due to suspicion of vandalism. At least some of the protesters were associated with the Occupy LA movement, which had promoted a "Chalk Walk" via Twitter.

According to posts on the @OccupyLA Twitter account, the incident began after police confronted people drawing on the sidewalks with chalk.

A woman who said she is part of the Occupy movement told The Los Angeles Times that protesters were demonstrating their support for people previously arrested for using chalk on the sidewalk. She said the protesters were "handing out free chalk for freedom of speech."

KCBS correspondent Amanda Burden spoke to one witness who said, "People were just drawing on the ground. And then riot police moved in. A girl was drawing hopscotch. A guy next to her wrote 'I want peace.' The next thing, they started arresting people."

Chris Spinder, a witness and downtown resident, told KCBS, "There was some organized shouting," but he wasn't entirely sure what the demonstrators were asking for.