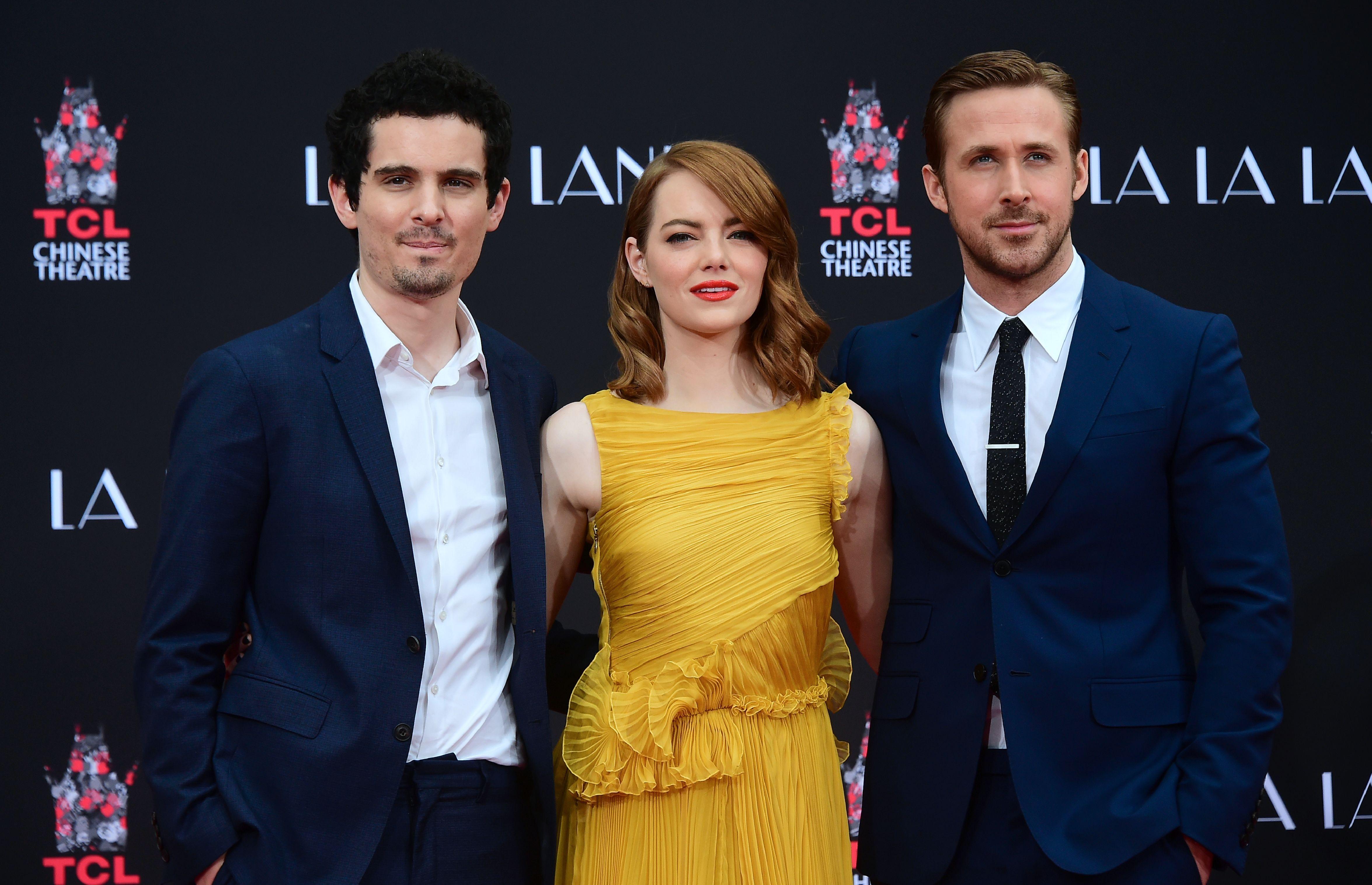 Writer-director Damien Chazelle follows up his Oscar-winning indie hit “Whiplash” with a much more ambitious outing -- the sprawling, colorful “La La Land,” a contemporary tale about two struggling artists (Ryan Gosling and Emma Stone) told in the style of a traditional Hollywood musical, complete with singing, dancing and a swelling score.

Chazelle told CBS News that nailing the film’s earnest but self-aware tone was the trickiest part, but it helps when you have bona fide movie stars.

You open with a big, sprawling, choreographed production number in the middle of a freeway. Can you talk about setting the stage for the movie with that sequence?

It was just tricky to actually logistically pull it off. We had to shut down a freeway ramp and fill it with cars, and we only had a weekend to do it because that’s all we could shut down the ramp for. It’s a great ramp, especially for the view you get from it, so it was amazing to be up there. To actually just be able to walk up there, let alone shoot up there, was just an amazing feeling.

There’s an earnestness to this film, but you also maintain just the right amount of self-awareness. It seems like a fine tightrope to walk. How did you accomplish that?

It was something that Ryan and Emma and I talked a lot about. It was really important to all of us, what exactly our and their relationship is to the genre that they’re a part of, this idea that the characters maybe a little bit deep down know they’re in a musical and can comment on that. But yet it was really crucial that it never be a full-out wink, that everything can be done with earnestness and sincerity. We were not going to be mocking the genre.

You never wanted it to feel cynical.

Right, that was the hope. But the tone in general, I would say, was the trickiest, most talked about thing -- aside from the logistics of this many dancers and this crane move and all that stuff. A lot of this movie was Ryan and Emma and me talking about tone and finding that balance.

What do you think it is about Ryan and Emma that makes them work for a film like this, in an age when we don’t really make movie stars like we used to anymore?

I feel like they both are that sort of old-fashioned idea of movie stars, and yet they make that feel very contemporary. I think the real trick with Ryan and Emma -- and the thing that really makes me think “movie star” -- is how easy they make stuff look. They make the hardest things look easy -- and I’m not just talking about the steps in a dance number or something like that. I’m talking about the emotional heavy-lifting and the really intricate tonal balance they have to do consistently throughout the movie. But you don’t see the work. It seems absolutely tossed off. When I think of people like Cary Grant or Ginger Rogers or Irene Dunne or Spencer Tracy or Jimmy Stewart, I do think of these just absolutely virtuosic actors who made it look like the most natural, easy thing in the world, and that’s a very rare skill. If I had to define a movie star, that’s how I would define it. They make it look easy.

You’re not an L.A. native. Do you think that gave this story a different perspective? A different approach to the city?

A lot of what I wanted to feed into this movie was the evolution of my feelings about L.A., that the movie would start off being very upfront about the kinds of things we tend to criticize L.A. for -- the traffic, the myopic party scene, the lack of seasons -- and then try to find the romantic side to all those things. It’s a little bit how I felt about L.A. moving here. I didn’t love it at first. I had to adapt and realize that it’s its own city and it’s resolutely, stubbornly itself. I wanted to really highlight the things about it that I wound up at first being fascinated by and then fell in love with.

Was there a specific moment or thing that made you fall in love with Los Angeles?

No, it wasn’t anything particular. It was just being here over the years, realizing that it’s not your ordinary city where things are presented to you on a platter. You really have to explore. L.A. is all about the hidden nooks and crannies and things that are a little harder to get to.