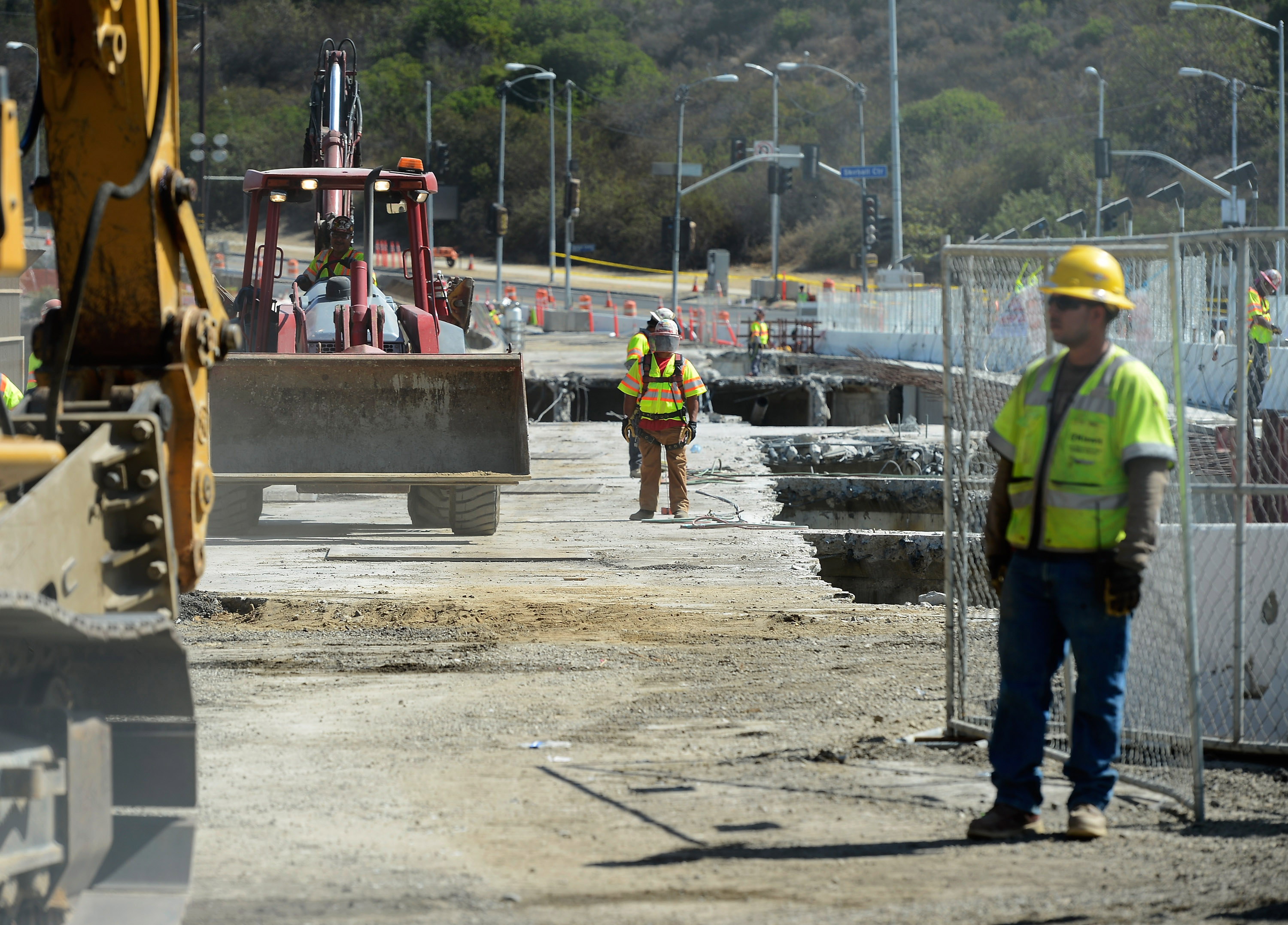 LOS ANGELES Construction crews were on schedule and traffic tie-ups were minimal in Los Angeles on Saturday, making for a smooth start to Carmageddon II, the sequel to last year's shutdown of one of the nation's busiest freeways.

A 10-mile stretch of Interstate 405 was shut throughout the weekend so that crews can demolish a portion of the Mulholland Drive bridge as part of a $1 billion-project to add a new carpool lane. Officials said demolition was nearly complete and that they expect to reopen the freeway as planned for Monday morning.

For the most part, drivers steered clear from the freeway.

As temperatures climbed into the 90s, those who couldn't resist a trip to the beach said traffic was smooth.

"We've been all over the city, no traffic. We even went to Dairy Queen for an ice cream and there was nobody there," Marilyn Millen told KNBC-TV.

For weeks Angelenos have been warned to avoid the area on LA's West Side. If they don't, officials warn, a citywide traffic jam could result. But beyond just scare tactics, city officials have been encouraging Southern Californians to get out and enjoy their own neighborhoods on foot, on bikes or via short drives on surface streets.

During a similar closure last year commuters stayed away from the freeway in droves, the shutdown was considered a success, and crews finished the first phase of the work early.

This time, the contractor faces a penalty if the work isn't done in 53 hours. The fine is $6,000 per lane of freeway, for every 10 minutes over the deadline. Demolition temporarily halted Saturday afternoon when a large chunk of the bridge unexpectedly came down, but the contractor said it won't delay the project.

The closed section of the freeway carries about 250,000 motorists each day on an average weekend. California Department of Transportation officials said that in order for Carmageddon II to be a success, at least two-thirds of those drivers need to stay off the road.

Meanwhile, TV news crews appeared to make good on a promise to avoid a traffic jam in the sky as they cover the shutdown.

Residents complained of low-flying, noisy helicopters hovering nonstop over the region last year. This time, local television news directors have plans to pool coverage by using video from a single helicopter making limited flights over the freeway, according to Rick Terrell, executive director of the Radio & Television News Association of Southern California.

The participating stations include major broadcasters including KABC-TV, KCBS-TV and KTTV-TV.