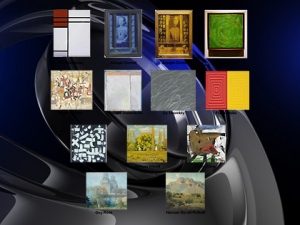 (AP) SANTA MONICA, Calif. - Somewhere, a burglar is living in luxury after the score of a lifetime. And police are trying to bring his life of bling to an end.

A vacationer recently returned to his home in Santa Monica to find a thief had made off with more than a dozen works of art, five luxury watches with makers like Patek and Breitling, wine, cash and a red Porsche Carrera.

Police released pictures of the art, and are offering a $1,000 reward for tips leading to arrests. They gave out no information on possible suspects.