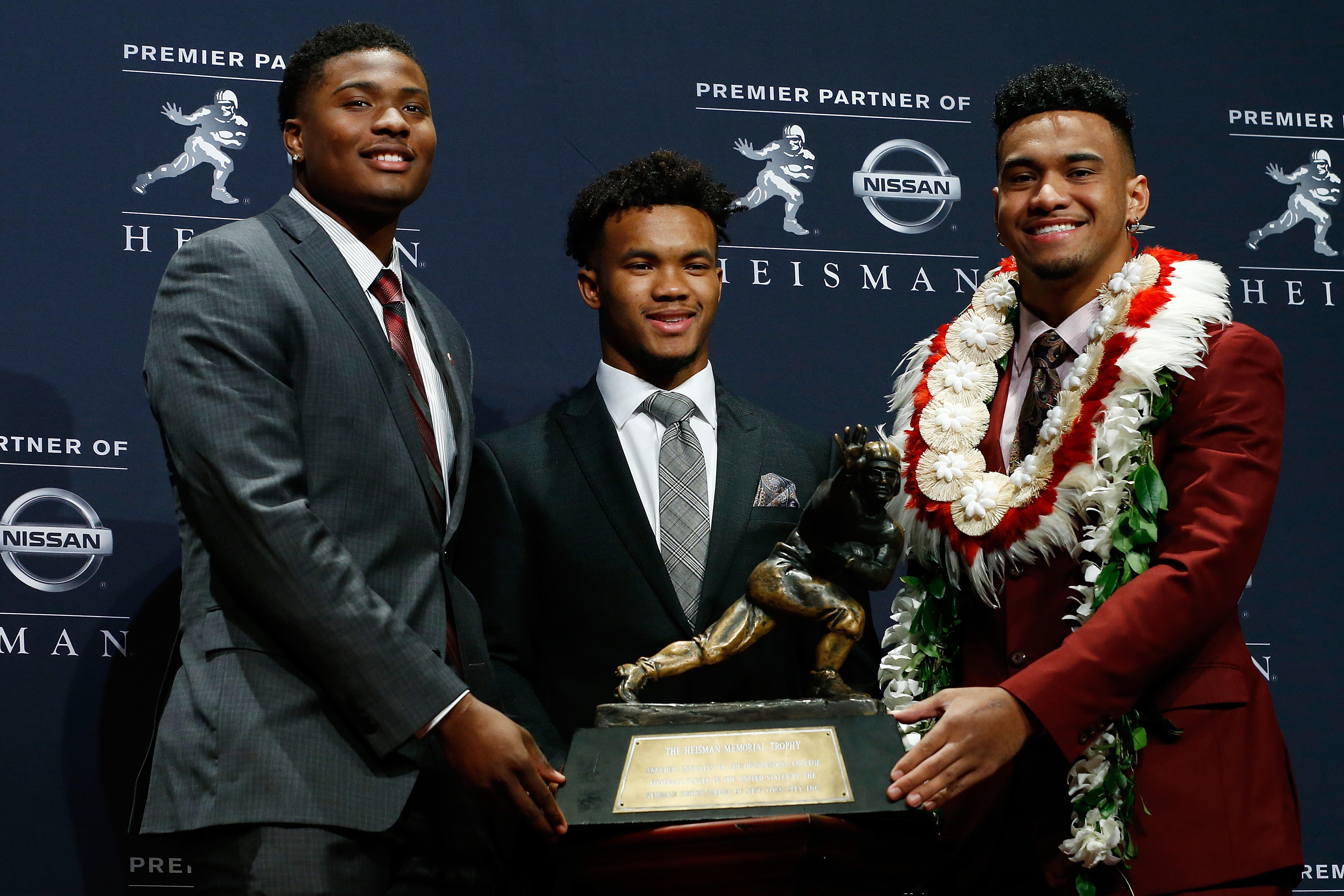 NEW YORK -- Oklahoma quarterback Kyler Murray has won the Heisman Trophy. He edged out Alabama's Tua Tagvailoa and setting up a College Football Playoff matchup of Heisman winner and runner-up.

The fourth-ranked Sooners play the top-ranked Crimson Tide in the Orange Bowl semifinal Dec. 29 in the seventh bowl matchup of Heisman winner and runner-up, and first since second-place finisher Vince Young and Texas beat Reggie Bush and Southern California in the 2006 Rose Bowl.

This season, Murray stepped into the starting job at Oklahoma held by last year's Heisman winner and first overall NFL draft pick, Baker Mayfield. Oklahoma is the first school with have Heisman-winner quarterbacks in consecutive seasons and the fifth overall with winners in back-to-back years.

This is quite the end to a 2018 to remember for Murray, CBS Sports reports. In June, he was drafted by the Oakland Athletics with the No. 9 pick of the 2018 MLB Draft. He signed a $5 million contract and will join the Athletics for Spring Training in 2019.