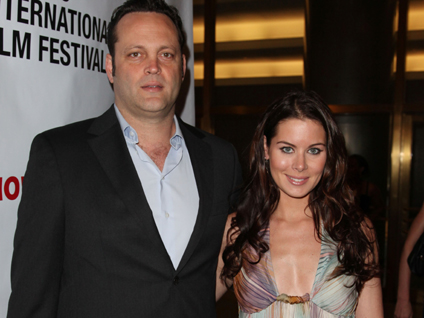 NEW YORK (CBS) Vince Vaughn is going to be a father.

The actor and his wife, Canadian real estate agent Kyla Weber, are expecting their first child.

A source confirmed the news to People magazine on Tuesday. No details were given on the sex of the baby or when Weber is due.

Vaughn and Weber married in January in a small, private ceremony outside his hometown of Chicago. He proposed on Valentine's Day 2009.