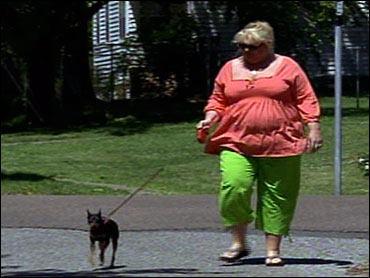 The image of 18-year-old Jessica Currin's burned and dumped body behind a local middle school stayed with her as year after year passed without a trace of Currin's killer.

After six years of probing the crime nearly every day, Strassmann reported, Galbreath was convinced a man named Quincy Cross drove the car that picked up Currin along a road, and later assaulted and strangled her with his belt.

"I kept thinking, 'Cross had to be involved somehow," ' she said.

In the course of six years of investigating, Galbreath reached out to everyone she could. She wrote letters to celebrities, and even enlisted the help of a British journalist. But only when she started a MySpace tribute page to Currin did she get a lead.

Galbreath opened the Web page to comments, and one day she got a hit.
Victoria Caldwell, who attended the party with Currin, wrote to Galbreath saying she had information about Currin's death.

"Needless to say," Galbreath said, "the hairs on my neck were standing up."

Caldwell, an accomplice who helped dump Currin's body, was scared silent for all those years.

"I was afraid ... not only because I was afraid of the guy who actually committed the murder, but also of the police," Caldwell said.

Galbreath put Caldwell in touch with Kentucky state investigators and she eventually confessed, leading to the arrests and conviction of four other accomplices and Cross, who was sentenced to life without parole.

Caldwell served six months in prison for her role in the crime.

"It felt real good for me to be able to get that off my chest and to give the family the closure that they'd been looking for," Caldwell said.

Galbreath was named "Citizen of the Year" by the Kentucky Bureau of Investigation for her involvement in solving the cold case.

She added, "To know that I had just a slightest part in (solving the crime), I just feel like I was meant to."