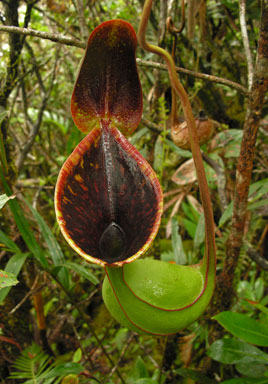 Three Kuwaitis have been arrested for planning terrorist attacks on U.S. forces in Kuwait, the country's Interior Ministry said Monday.

A government statement said the three men were found with weapons and ammunition.

The statement did not say when the men were arrested or if they have been charged.

It said the men were suspected of planning terrorist attacks on American forces based in Kuwait ahead of a possible U.S.-led attack on neighboring Iraq.

No further details were provided.

Americans have come under attack several times in recent months, as the U.S. military began preparing to use Kuwait as a staging ground for a possible invasion of Iraq.

On Oct. 8, two Kuwaiti Muslim fundamentalists opened fire on Marines taking a break from war games on the island of Failaka, killing one and injuring another. Other Marines shot dead the assailants, who reportedly had links to the al Qaeda terror network blamed for the Sept. 11, 2001 attacks on the United States.

A policeman later described as "mentally unstable" also shot at two U.S. soldiers in their civilian car on a highway on Nov. 21.

A Kuwaiti civil servant confessed to opening fire on two Americans in Kuwait, killing one and wounding the other, on Jan. 21.

Kuwaiti officials have described the attacks as isolated incidents, distancing themselves from any deeper al Qaeda presence. Scores of Kuwaitis have fought with Muslim extremists in Afghanistan, Chechnya and Bosnia.

In another incident, whose nature is not yet known, a U.S. soldier deployed to the Kuwaiti desert was shot in the shoulder and hospitalized in stable condition, a U.S. Army statement said Monday.

No details of the shooting were made available and the statement said it was under investigation. The soldier was in stable condition at the Kuwait Armed Forces Hospital.

A State Department travel warning on Kuwait, issued Jan. 30, advised Americans there to "carefully consider the increased risks of travel to Kuwait."

"Private American citizens currently in Kuwait should evaluate rigorously their own security situation and are strongly urged to consider departing," the statement continued, adding that as of Jan. 30, diplomats' family members and non-essential embassy staff were allowed to leave.

Roughly 6,000 U.S. Marines who had been sailing for 36 straight days arrived Monday in Kuwait, bringing the Marine force here to nearly full strength.

Scores of troops from Regimental Combat Team 1 of the 1st Marine Division were flown by helicopter for 40 minutes from the seven amphibious ships that carried them from Camp Pendleton in California to the Kuwaiti desert where they will set up camp.

The remainder will be ferried to the desert over the next few days.

The arrivals Monday came five days after another contingent of seven amphibious ships from Camp Lejeune in North Carolina arrived in Kuwait. That group, Task Force Tarawa, is made up of units from the 2nd Marine Division and includes mechanized infantry, the Marines said.

More than 150,000 U.S. troops have been deployed in the Gulf in anticipation of a possible invasion of Iraq, and more than 70,000 have been sent to Kuwait.