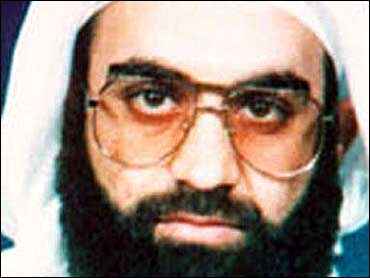 Kuwait said on Wednesday a man Washington identified as the probable mastermind behind the Sept. 11 attacks on the United States was not a Kuwaiti citizen but a former resident of the northern Gulf state.

On Tuesday, investigators identified Mohammed, a top al Qaeda leader, as the probable mastermind behind the attacks that killed almost 3,000 people and brought down the Twin Towers.

Official U.S. Internet sites, such as that of the FBI, show Mohammed as Kuwaiti-born with a Kuwaiti citizenship.

But Sheikh Ahmad said: "That person is not Kuwaiti. There are many nationalities in Kuwait and birth in Kuwait does not mean you have Kuwaiti citizenship. He lived here for a period of his life and left several years ago."

The minister and other political sources in Kuwait said Mohammed was Pakistani, although an Islamist activist said he might had resided in Kuwait as a "bedouin."

A U.S. official said Mohammed was currently believed to be in either Afghanistan or Pakistan.

The official said Mohammed is a top lieutenant of born Osama bin Laden. Mohammed was indicted in the United States in 1996 for his alleged role in a plot to blow up U.S. civilian airliners over the Pacific.