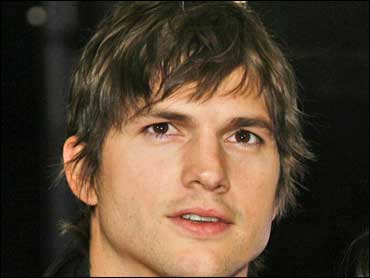 Actor Ashton Kutcher emerged the victor Friday in the race for 1 million followers on Twitter. He reached the goal at about 2:15 a.m. RT,. Abouty half an hour before CNN attained the million-fan mark on the microblogging site.

The 31-year-old actor recently threw down the gauntlet, challenging CNN and its founder, Ted Turner. In a Web video posted earlier this week, Kutcher said he would ding-dong-ditch Turner's house if he beat CNN to 1 million. (For those unfamiliar with the classic adolescent prank, ding-dong-ditch is when you ring someone's doorbell and run away.)

"I find it astonishing that one person can actually have as big of a voice online as what an entire media company can on Twitter," Kutcher said in a video he posted on qik.com. "I just thought that was kind of an amazing comment on the state of our media."

Kutcher later promised a "Guitar Hero" video game to his millionth follower, before quickly realizing it would be difficult to identify such a person.

In CNN reports, Kutcher has said he would donate 10,000 mosquito bed nets to charity for World Malaria Day in late April if he beat CNN, and 1,000 if he lost. CNN said it agreed to do the same. The contest has dran much interest from Twitter fans.
Kutcher could be seen early Friday in a live video stream doing a victory dance and sipping champagne with his wife, actress Demi Moore.
In postings on Twitter, Kutcher has said he was fielding interview requests, including one from CNN's Larry King. As of Tuesday afternoon, he was mulling the offers and claiming it was a "saga for the Internet," not TV.

Not to be outdone, King posted a video on YouTube boasting the wrath of his company and sounding a lot like Ned Beatty's TV network chairman character in the film "Network."

Said King: "Are you kidding? Do you think you can take on an entire network? Do you know how big we are? Do you know what CNN is? Kutcher, you're playing out of your field. You're in another time zone. This ain't gonna work. CNN will bury you!"

Both Kutcher and his wife, actress Demi Moore, are popular Twitter users. Kutcher, in particular, is an avid poster of tweets - messages that must be 140 characters or less.

Earlier this month, Internet traffic analyst comScore reported that monthly unique visitors to the site reached 4 million in February, up more than 1,000 percent from a year ago.

Though its numbers aren't up-to-the-minute, the site ranks the most popular profiles on Twitter.