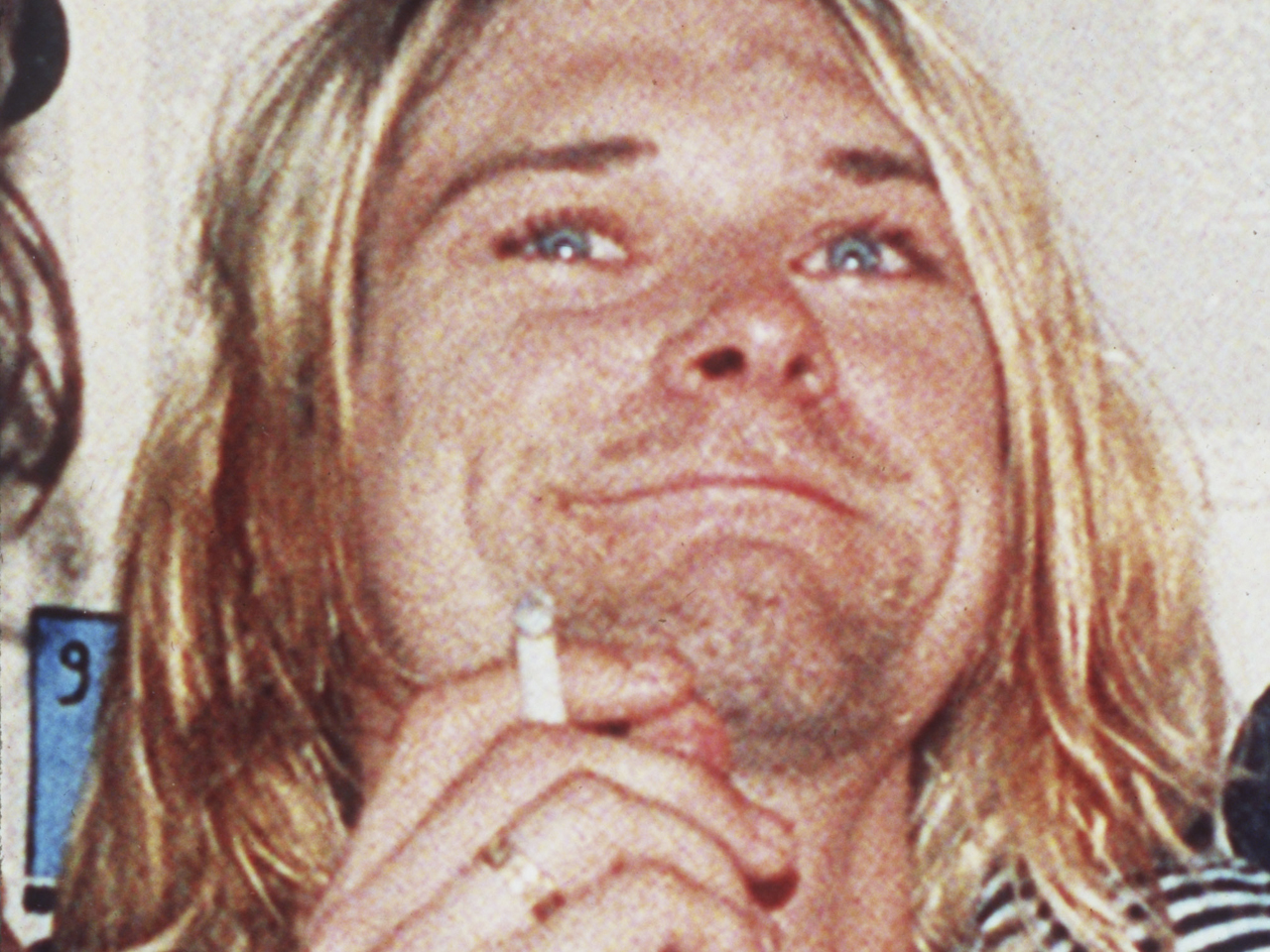 By KIRO-TV and CBS News

Nearly 20 years after Nirvana lead singer Kurt Cobain was found dead in his Seattle home, the city's police have re-examined the case - including dozens of photos not seen before.

A detective told CBS Seattle affiliate KIRO-TV the new work on the case turned up nothing to make him think Cobain's death was anything but what it was ruled to be in 1994 - a suicide.

KIRO was first to report that police had developed four rolls of film that had been sitting in a Seattle police evidence vault for years. The 35 mm film was processed last month at the King County Sheriff's Office photo lab. Seattle police requested the help because they no longer develop 35 mm film.

Though the pictures have a slight green tint because of deterioration, police say they show the scene more clearly than the earlier Polaroid photos taken by investigators.

"I was requested to look at the case because I'm a cold case detective and because it is 20 years later and it's a high media case," Detective Mike Ciesynski, who had the four rolls of film developed and conducted interviews, told KIRO. "And there were always these conspiracy theorists out there, and so I was asked to look at the case and review it."

Police said in 1994 that the case was clearly a suicide. Ciesynski said that is still the case after reviewing evidence.

Asked if his review had given him any reason to think the grunge rocker hadn't taken his own life, Ciesynski replied, "No, nothing. But I had to clear up some issues that made people believe there was some type of a cover-up. And one of those was that I had to process some 35 mm film that never was processed before.


"At the time, in 1994, we would shoot our scenes with 35 mm cameras and we would back them up with Polaroids (photographs). That's what we did in this case. And the ... powers that be at the time decided just don't develop the 35 mm film and just use your Polaroids, because the case was labeled a suicide, and the medical examiner's office, they take photographs also, so the case actually shifts to them.

"So ... we would not have processed that 35 mm film unless we were looking for something specific that wasn't shown in the Polaroids. So I believed, 'Let's get rid of people thinking something else happened that did not happen, and developed the film."'

After KIRO first reported the re-investigation Thursday morning, the Seattle police public affairs unit took issue with semantics, saying the case was not technically "reopened" -- despite the new interviews and processing of film that had not previously been developed.

The final investigation report has not yet been completed, Ciesynski said.

He also said images of Cobain dead at the scene will not be released. "What are people going to gain from seeing pictures of Kurt Cobain laying on the ground with his hair blown back, with blood coming out of his nose and trauma to his eyes from a penetrating shotgun wound. How's that going to benefit anybody?

"It wasn't going to change my decision that this was a suicide, and actually I'm the one that makes the decision finally: Do we go forward or not? Morally I would not be able to justify that. Legally I can't justify doing that."

On the morning of April 8, 1994, Veca Electric employee Gary Smith went to Cobain's home to do electrical work.

The medical examiner determined Cobain had killed himself three days earlier - only days after he had left a rehab facility.

Police said that, before he shot himself, Cobain had a lethal dose of heroin. The syringes and the heroin kit Cobain used were kept in the Seattle police evidence unit and were part of the re-investigation, along with the previously undeveloped film.

Smith, the electrician, found a suspected suicide note on some planting soil in the greenhouse.

On March 18, 1994 - less than a month before Cobain was found dead - Seattle police were called to his home after he "locked himself in a room," and said he was going to kill himself, according to a police report. Police were also told he "had a gun in the room."

But Cobain told police he was not suicidal and didn't want to kill himself. However, police said after the 1994 investigation that his death was clearly a suicide.

Someone at Smith's electrician company tipped then-KXRX radio deejay Marty Riemer, who was the first to announce the musician's death, which the medical examiner determined was a suicide.

More than 7,000 mourners packed Seattle Center two days later for a public memorial, where a recording was played of Courtney Love reading Cobain's suicide note. She also attended the memorial, and gave some of his clothes to fans.

Last year, a Seattle Police Department spokeswoman said the department gets at least one request per week, mostly through Twitter, to reopen the investigation.

The public affairs unit keeps the basic incident report on file because of the number of requests, and police have said no other Seattle police case has received similar attention in two decades.

Ciesynski said he hopes having the film developed last month will benefit everyone.

Is the case finally closed, for the last time?

"Hopefully," Ciesynski said. "I'm sure until the 25th anniversary comes up."