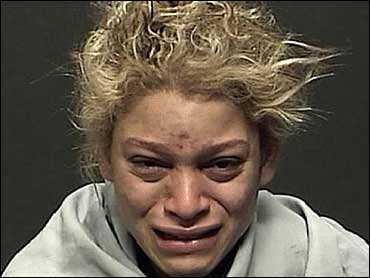 TUCSON (CBS/KOLD/AP) Former University of Arizona law school student and beauty queen Kumari Fulbright has been sentenced to a 2-year prison stay for her part in the kidnapping and torture of an ex-boyfriend.

She pleaded guilty to conspiracy to commit kidnapping and aggravated assault and was sentenced Thursday. She was given about a year credit for time already served, and she will also spend six years probation.

According to police reports, Fulbright and three men, including a former boyfriend, lured Joshua Conway to Fulbright's apartment, tied him up with duct tape and plastic ties and accused him of stealing jewelry from Fulbright and pawning it. Conway told police that at one point Fulbright straddled him and bit his ear and stuck a knife in his ear and threatened to shove the knife into his brain.

At the time of the alleged crime, Fulbright was in the middle of her second year of law school at the University of Arizona and a volunteer clerk for U.S District Judge Raner Collins.

Fulbright and two of the suspects entered plea deals and agreed to testify against the third man involved.

The third man, Robert Ergonis, was convicted last month of aggravated assault with a deadly weapon, kidnapping, and armed robbery. He's scheduled to be sentenced next week.

Fulbright competed in the Miss Arizona contest and was named