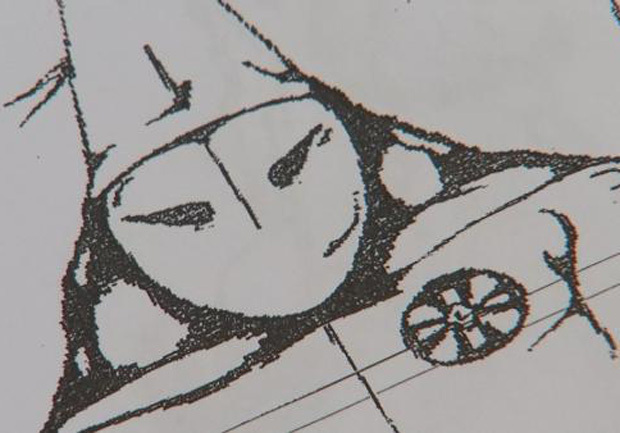 COVINGTON, Ga. Sheriff's officials in the Atlanta area are investigating whether any laws were broken when fliers inviting residents to join the Ku Klux Klan were placed outside homes.

Newton County sheriff's Deputy Courtney Morrison says the fliers are being reviewed to make sure they don't contain any inappropriate information or threats.

The Newton Citizen reports that the fliers included a drawing of a robed klansman standing in front of a tree with writing that said, "Join the KKK — Loyal White Knights."

CBS Atlanta reports that police collected more than 30 of the fliers that were folded and packed into plastic sandwich bags and tossed at the end of driveways in the Covington area.

Covington is about 35 miles southeast of Atlanta.

A man claiming to be an Imperial Wizard told CBS Atlanta News over the phone that the Newton County neighborhood was just one of many neighborhoods from Florida to New York State where they distributed flyers.

But the neighbors in Newton County told CBS Atlanta News the propaganda brought them together, rather than dividing them.

"We probably threw it away and didn't realize what it was," said neighbor Hadiyah Abdul-Mateen.

Abdul-Mateen didn't even recognize the Ku Klux Klan targeted her family for recruitment on the weekend before Martin Luther King Jr's birthday.

"They need to get a life, I mean really," said Abdul-Mateen. "I'm hoping it had nothing to do with President Barack Obama being re-elected."

The flyers surprised neighbors in the diverse neighborhood outside of Covington. The flyers' message: join the Klan and fight for the white race's rights.

"It's embarrassing, it's very sad," said neighbor Wendy Lozynski. "You teach your kids not to hate, and then somebody goes and does something like this, is embarrassing."

The flyers displayed a phone number with a North Carolina area code, so CBS Atlanta News called it. A few hours later, a man claiming to be Chris Barker, an imperial wizard with the Klan returned the message.

"Can you tell me if this was an effort to intimidate neighbors or if this was more of a recruitment drive for your organization?" asked CBS Atlanta News reporter Steve Kiggins.

"More of a recruitment drive to let the neighborhood know the Klan is there and the Klan isn't going anywhere," said Barker. "We told our members to go out and pretty much counteract Martin Luther King's birthday, who was a known communist - and we decided to put out Klan literature."

But neighbors said the Klan should pass them by the next time they want to recruit new members.