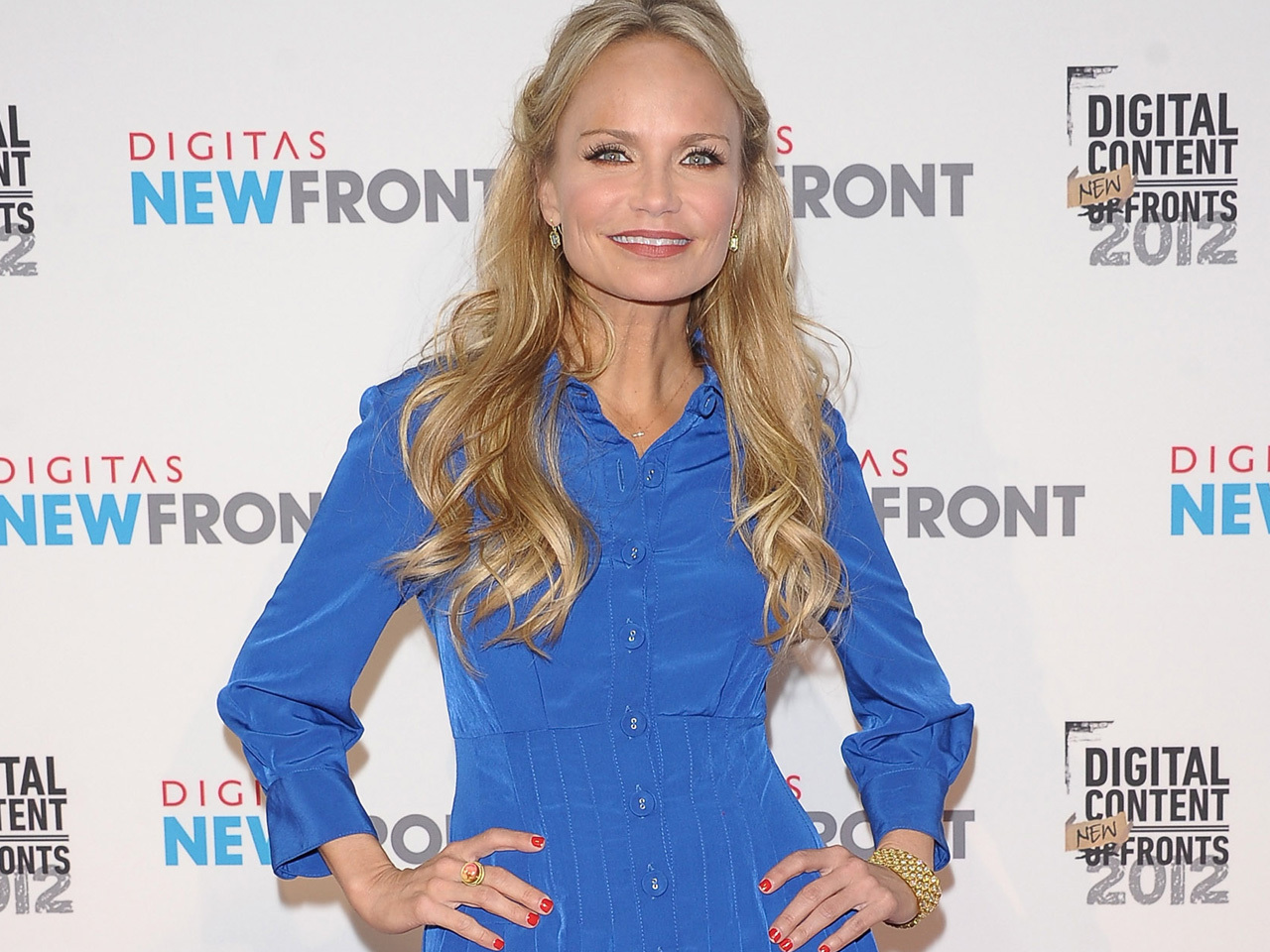 (CBS/AP) Actress Kristin Chenoweth was injured Wednesday on the New York set of the CBS drama "The Good Wife." She was taken by ambulance to a hospital, her publicist and the show's producer said.

Chenoweth's medical condition was not disclosed by publicist Jill Fritzo or CBS Television Studios. It was not immediately known if she was hospitalized.

According to Fritzo, Chenoweth was hit in the head by scaffolding. In a statement, the studio described the equipment involved differently.

"While filming a scene for 'The Good Wife' in Brooklyn, a gust of wind blew a lighting silk out of place striking actress Kristin Chenoweth," the studio said. Lighting silk is cloth used to soften or deflect artificial light or sunlight during shooting. The 43-year-old actress was treated on the set by the show's medic, then taken by a New York Fire Department emergency medical team to a hospital, the studio said.

"All of us at the studio and the show are thinking about Kristin and wishing her a quick recovery," the statement concluded.

Earlier Wednesday, a fire department spokesman said a woman at that Brooklyn location suffered minor injuries, but he wouldn't identify her.

On "The Good Wife" Chenoweth portrays a "top-of-her-game political reporter" who wants to know more about Peter Florrick's (Chris Noth) campaign and marriage to Alicia (Julianna Margulies). The new season of "The Good Wife" premieres Sept. 30.

Chenoweth won a Tony Award for her role in Broadway's "You're a Good Man, Charlie Brown" and an Emmy Award for her work on "Pushing Daisies." She has appeared on "Glee" and "Hot in Cleveland," and has a role in the upcoming film, "Hit and Run," which opens in theaters on Aug. 24.