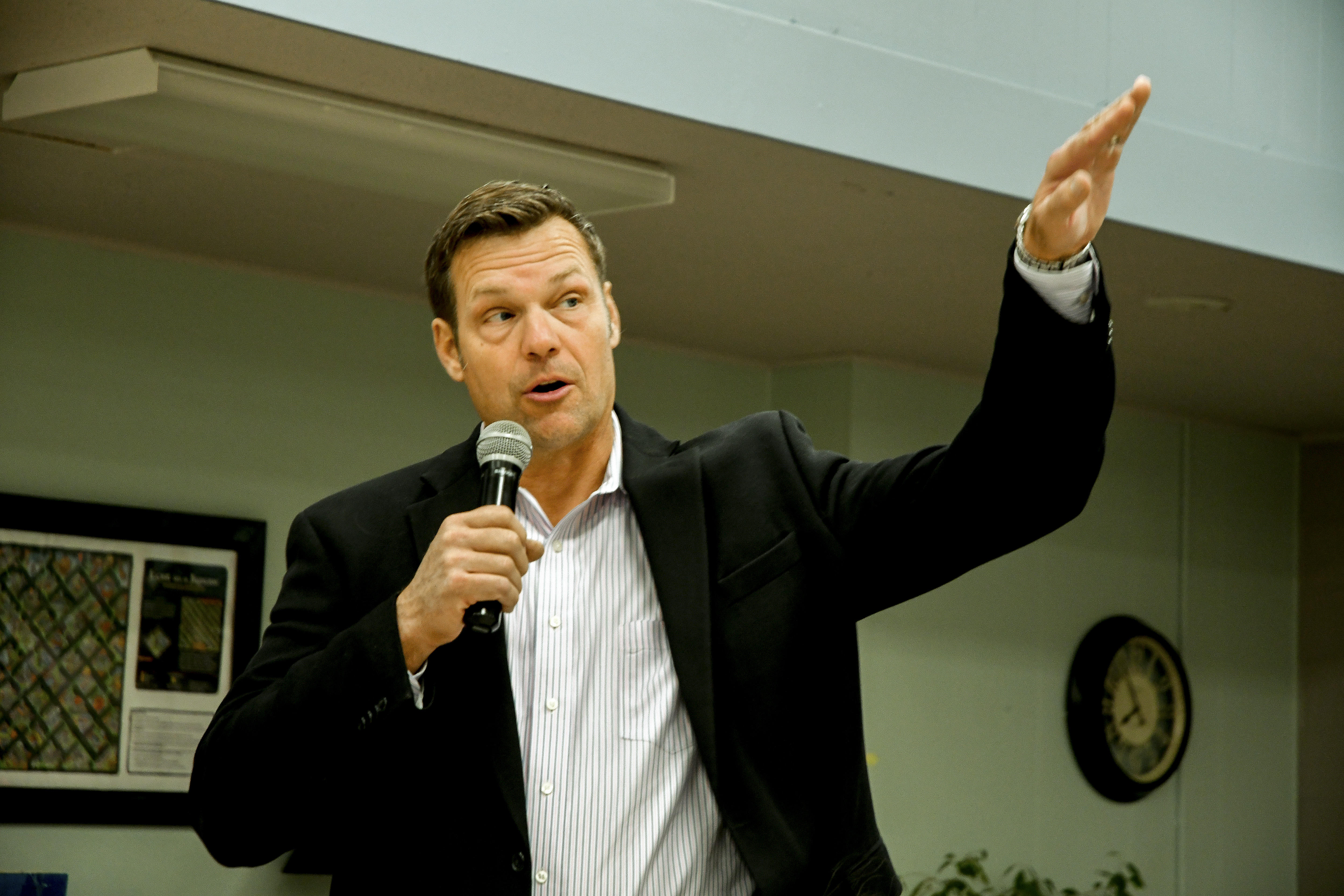 TOPEKA, Kan. -- Kansas Secretary of State Kris Kobach said Thursday that he will remove himself from the further counting of votes while his Republican primary battle with Gov. Jeff Colyer hangs in the balance, describing it as a "symbolic" step in response to a public demand from Colyer. Meanwhile, CBS Topeka, Kansas affiliate WIBW reports the number of votes separating Colyer and Kobach will be changing when the state Election Office updates their numbers Friday.

WIBW found at least four discrepancies between the number of votes recorded by the counties and numbers reported so far by the Secretary of State's Office. Kobach entered the day with a reported 191 vote lead, and adjusting for new numbers, his advantage had dropped to 100 by Thursday night.

The governor publicly accused Kobach, the state's top elections official, of giving county election officials information about the handling of yet-uncounted ballots "inconsistent with Kansas law." He demanded in a letter to Kobach that Kobach stop advising county officials and have the state's attorney general do it instead.

The close contest between the embattled governor and a conservative lightning rod took another acrimonious turn as Kobach's already tiny lead shrunk from 191 votes to just 121 out of 311,000 ballots cast, after two counties reported discrepancies between their tallies and what Kobach's office reported on its website.

Kobach needled Colyer in a Fox Business network appearance Thursday evening, saying it would be "pointless" to remove himself from the process because the state's 105 counties handle the counting of ballots but he might do so just to make Colyer "feel good."

The counting is not complete because state law says mail-in ballots that are postmarked Tuesday can be accepted by the counties as late as Friday. And county officials still must review perhaps several thousand provisional ballots, given to voters at the polls when their eligibility is in question. They have until Aug. 20 to finish.

Colyer released his letter to Kobach after his campaign announced that it had set up a "voting integrity" hotline and urged people to report their complaints about the election. Colyer spokesman Kendall Marr said it received "countless" reports, adding that he personally knows of several dozen.

"It has come to my attention that your office is giving advice to county election officials - as recently as a conference call yesterday - and you are making public statements on national television which are inconsistent with Kansas law and may serve to suppress the vote in the ongoing primary election process," Colyer said in his letter to Kobach.

In the letter, Colyer questioned whether Kobach was advising counties not to count some mail-in ballots, including those with missing or unreadable postmarks, even if they arrived by Friday. He also said he heard reports that some unaffiliated voters - who by law can declare an affiliation at the polls and vote in a primary - were given provisional ballots instead of the regular ballots they were due.

And Colyer wrote that circumstances "obviously increase the likelihood that one of the candidates may seek a recount, or even the possibility of litigation."

Kobach, a vocal advocate of tough immigration and voter identification policies, advised Trump's campaign in 2016 and the White House afterward and served as vice chairman of Trump's now disbanded commission on election fraud. Trump tweeted his endorsement of Kobach on Monday, less than 24 hours before polls opened.

But Kobach's no-apology, hard-right conservatism has alienated even some fellow Republicans, and Colyer has sought to project a more mild-mannered, steadier style.

Kobach told reporters Wednesday that he knew of no significant reports of irregularities in Tuesday's primaries, outside of long delays in reporting results from the state's most populous county. There, Johnson County in the Kansas City area, results were delayed by problems with uploading data from new voting machines.

But the totals for the GOP primary for the governor's race in at least two counties posted on the secretary of state's website did not match the totals from the counties themselves.

First, in Thomas County in the state's northwest corner, the final, unofficial results posted on the secretary of state's website show Kobach winning there with 466 votes to Colyer's 422. But the tally posted by the Thomas County clerk's office shows Colyer with 522 votes, or 100 votes more, a number the clerk confirmed to The Associated Press on Thursday.

Bryan Caskey, state elections director, said county officials pointed out the discrepancy Thursday following a routine request for a postelection check of the numbers to counties by the secretary of state's office.

"This is a routine part of the process," Caskey said. "This is why we emphasize that election-night results are unofficial."

"They just misread it," she told the AP.

On CNN, Kobach suggested the mistake was among the kind of "keystroke errors" that happen routinely and are caught later.

And in Haskell County, elections officials said they had not initially reported returns from one precinct. Once those votes were added, the net result was a gain of 30 votes.