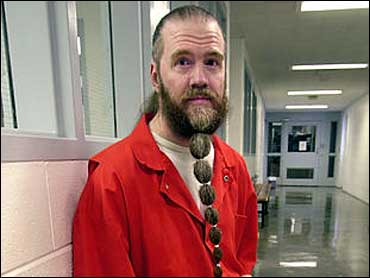 Best-selling author Jon Krakauer has built a reputation on gripping portrayals of those who push their physical limits. Now the writer has set his sights on spiritual extremes, and his upcoming book is already creating headaches for the image-conscious Mormon Church.

"Under the Banner of Heaven: A Story of Violent Faith," looks at the dangers of religious extremism through those who claim to follow the original teachings of the Mormon church, notably the tenet of polygamy.

These Mormon breakaways, who often call themselves fundamentalists, still practice polygamy - even though The Church of Jesus Christ of Latter-day Saints officially abandoned the practice in 1890 and works to distance itself from the subject.

Krakauer, who declined to be interviewed, is best known for "Into Thin Air," his firsthand account of a doomed expedition on Mount Everest. That book, along with his earlier "Into the Wild," were national best sellers.

In "Under the Banner of Heaven," Krakauer turns his attention to the 1984 murders of Brenda Lafferty and her 15-month-old daughter, Erica, in rural Utah at the hands of Brenda's fundamentalist brothers-in-law.

The author uses those deaths as to argue that, because of Mormon inconsistencies and silences about the dark corners of the faith's past, the LDS church has been unable to break free from embarrassing and sometimes tragic episodes.

The church has been forceful in rebuking Krakauer's book. Spokesman Michael Otterson called the writer's attempt to link religious zealots with Mormon history and doctrine "a full-frontal assault on the veracity of the modern church."

With Dan Lafferty as a main source, Krakauer writes that the brothers decided to practice polygamy and committed the killings because Brenda opposed them.

Krakauer tries to add a larger context to the killings and their alleged connection to Mormon fundamentalism by examining the secretive communities of polygamists, those who have given up the practice and the Elizabeth Smart kidnapping case. Alleged abductor Brian David Mitchell claims God told him to take Elizabeth as a "sister wife."

Krakauer's "basic thesis appears to be that people who are religious are irrational, and that irrational people do strange things," Otterson said. "He does a huge disservice to his readers by promulgating old stereotypes."

The Mormon church has nothing to do with fundamentalists, church officials say. It excommunicates those who advocate plural marriage. Still, zealots such as Lafferty and Mitchell tarnish the church's image, and polygamy remains inextricably linked to the church's early decades.

Publishing house Doubleday has printed 350,000 copies of "Under the Banner of Heaven" so far, though the LDS church-owned Deseret Book chain won't stock it.

Krakauer's language in the book is pointed: "Mormon authorities treat the fundamentalists as they would a crazy uncle - they try to keep the 'polygs' hidden in the attic, safely out of sight, but the fundamentalists always seem to be sneaking out to appear in public at inopportune moments to create unsavory scenes, embarrassing the entire LDS clan."

"Ostensibly focused on murders committed by brothers who had been excommunicated from the church, Krakauer's book is actually a condemnation of religion generally," Turley wrote in a review.

Krakauer shot back in an equally blunt written statement, accusing the church of continuing to distort its past.

"I am especially disappointed," he wrote, "that they feel such an urgent need to attack writers, like me, who present balanced, carefully researched accounts of Mormon history that happen to diverge from the official, highly expurgated church version."