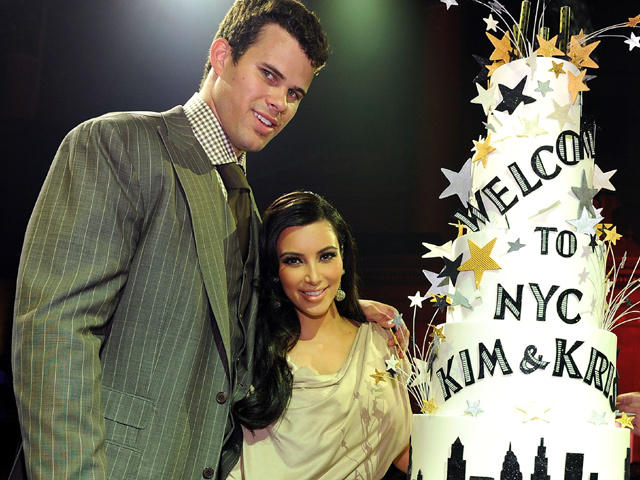 The reality show started with a flash-forward montage that documented the media coverage of the two's divorce. Then the show goes back to eight weeks earlier, showing viewers exactly how newlyweds Kim and Kris got to the point of separation.

After "Kim's Fairytale Wedding," Kim and Kris moved into a two-story apartment in New York City's Gansevoort Park Hotel. In addition to learning how to live together, since they never had, they also had to learn how to live with Kourtney, Kim's sister; her boyfriend Scott Disick; and their child, Mason. Enter problems.

Kris not only began to freak out about living so close to Kourtney and Scott, who constantly bicker, he also started worrying about how the Kardashians' glamorous lifestyle would affect his basketball playing for the New Jersey Nets.

In the end, Kris decides he can't train in New York and chooses to prepare for the basketball season in his hometown in Minnesota.

The episode is full of ironic statements including when Kris tells Kim, "You're my wife now. It's going to take a lot to get rid of me," reports E!.

Apart from the seemingly sad moments of the episode, which came from knowing the future of the couple, there were funny moments as well. These included Kris shaving Scott's armpit hair and Kourtney's creation of "naked Yoga."