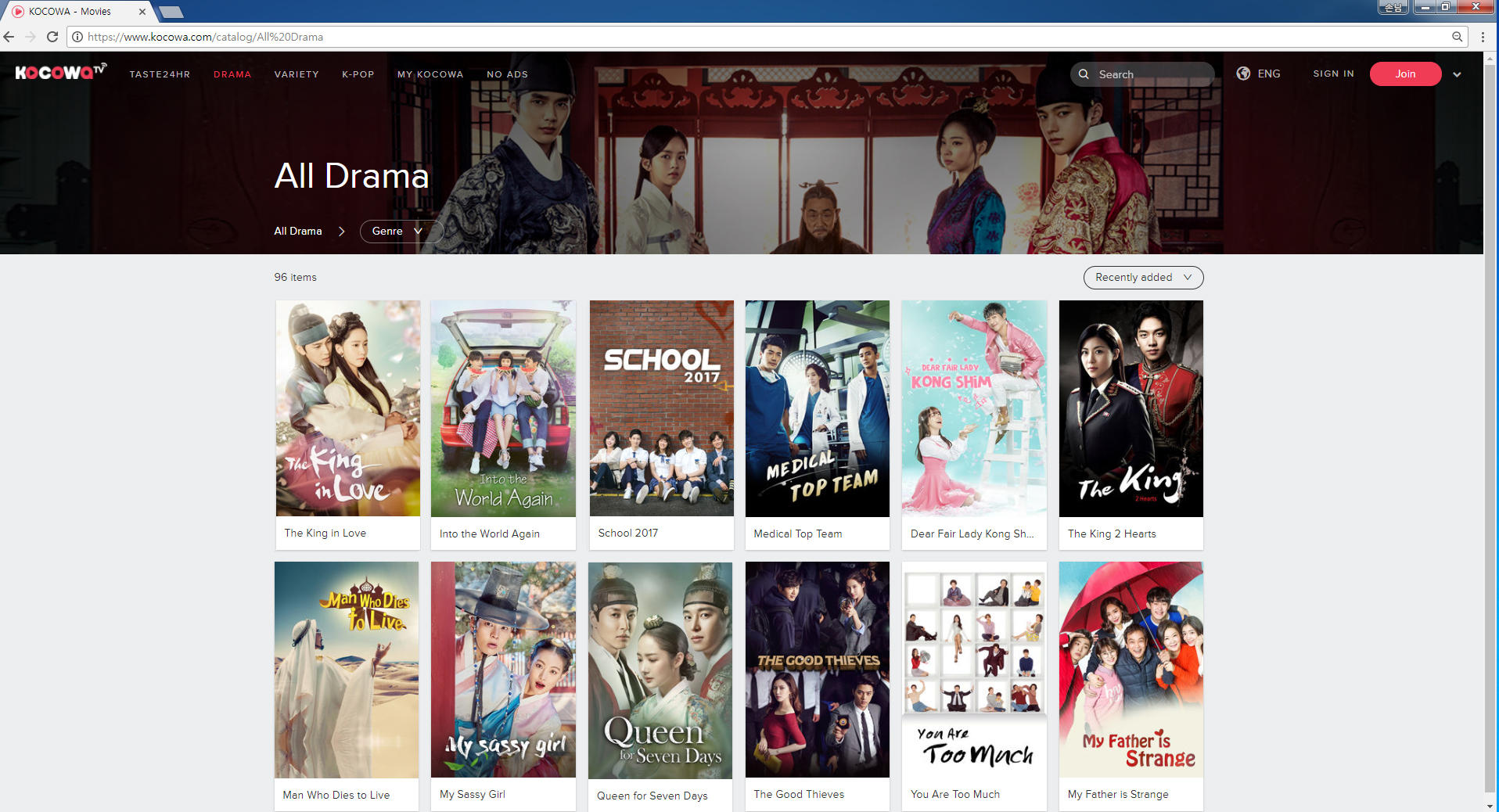 A new streaming service is bringing Korean content to the U.S., direct from broadcasters in South Korea. The new service, called Kocowa -- which stands for Korean Contents Wave -- is giving Korean drama and K-pop fans their fix of shows from three of the country's largest broadcasters: MBC, KBS and SBS.

Kocowa launched on Monday and features variety shows, dramas and other programs hours after they air in South Korea. The shows also include translations; its parent company, KCP, says it's working with a translation team with the goal of eventually airing shows in English nearly simultaneously with the shows in South Korea.

The service is subscription-based with no ads, or free and ad-based within 24 hours of airing. It's available on desktop and mobile, and will later launch on smart TVs. Kocowa will compete with existing streaming service and Korean pop culture website DramaFever, which is owned by Warner Bros.

It's no surprise Korean broadcasters are trying to seize the opportunity to expand their reach. A November 2014 consumer research report by Korea Creative Content Agency USA, estimated that 18 million people in the U.S. were watching Korean dramas through DramaFever, per the Hollywood Reporter.