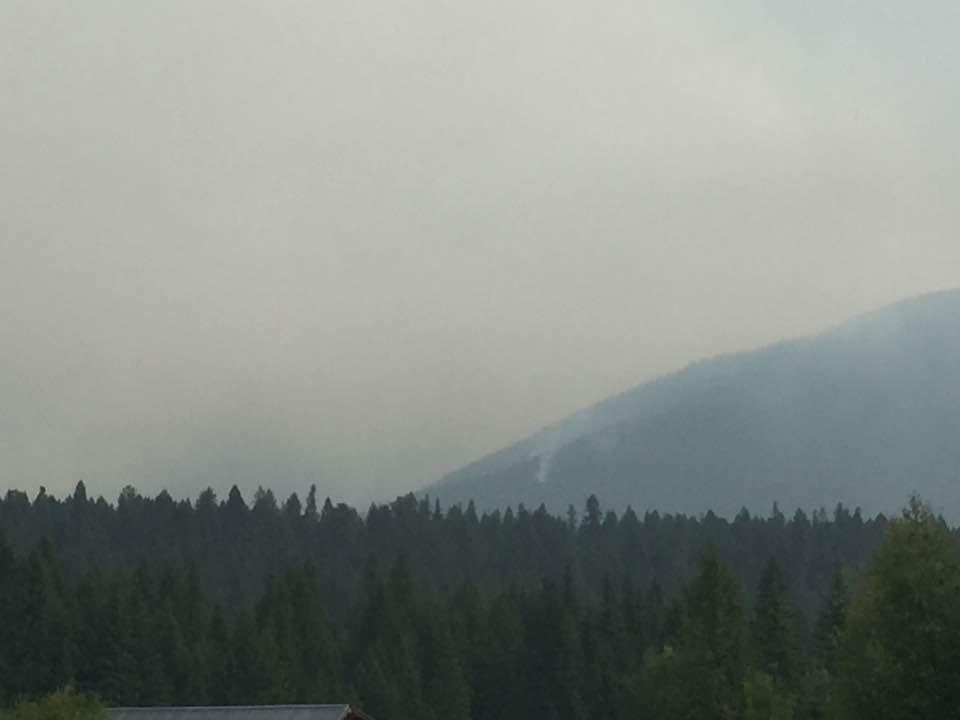 EUREKA, Mont. -- A lightning-caused fire in northwestern Montana has burned three-quarters of a square mile in the Kootenai National Forest and is threatening residences southeast of Eureka.

Forest officials say the Gibraltar Ridge Fire is one of several that began during a lightning storm late Monday.

The blaze quickly grew to 500 acres overnight and exploded to 1,400 acres by early Tuesday afternoon, CBS affiliate KPAX reports. Structures and residences to the east of Eureka are threatened by the fire.

Lincoln County officials say the evacuations were ordered at about 2 a.m. Tuesday for residents who live on the following roads: Sherman Creek, Griffith Creek, Therriault Creek, Stevens and Graves Creek. Other residents were on pre-evacuation notice.

However, fire officials encouraged all residents living near the fire to evacuate before being told to leave because fires can spread rapidly.

A Lincoln County dispatcher says the sheriff's office evacuated 10 residences overnight while other residents left on their own. Several campsites were also evacuated, KPAX reports.

A firefighter who was hurt falling off a truck and was taken to a nearby hospital for treatment, KPAX reports. Officials told the station the firefighter was in stable condition Tuesday afternoon.