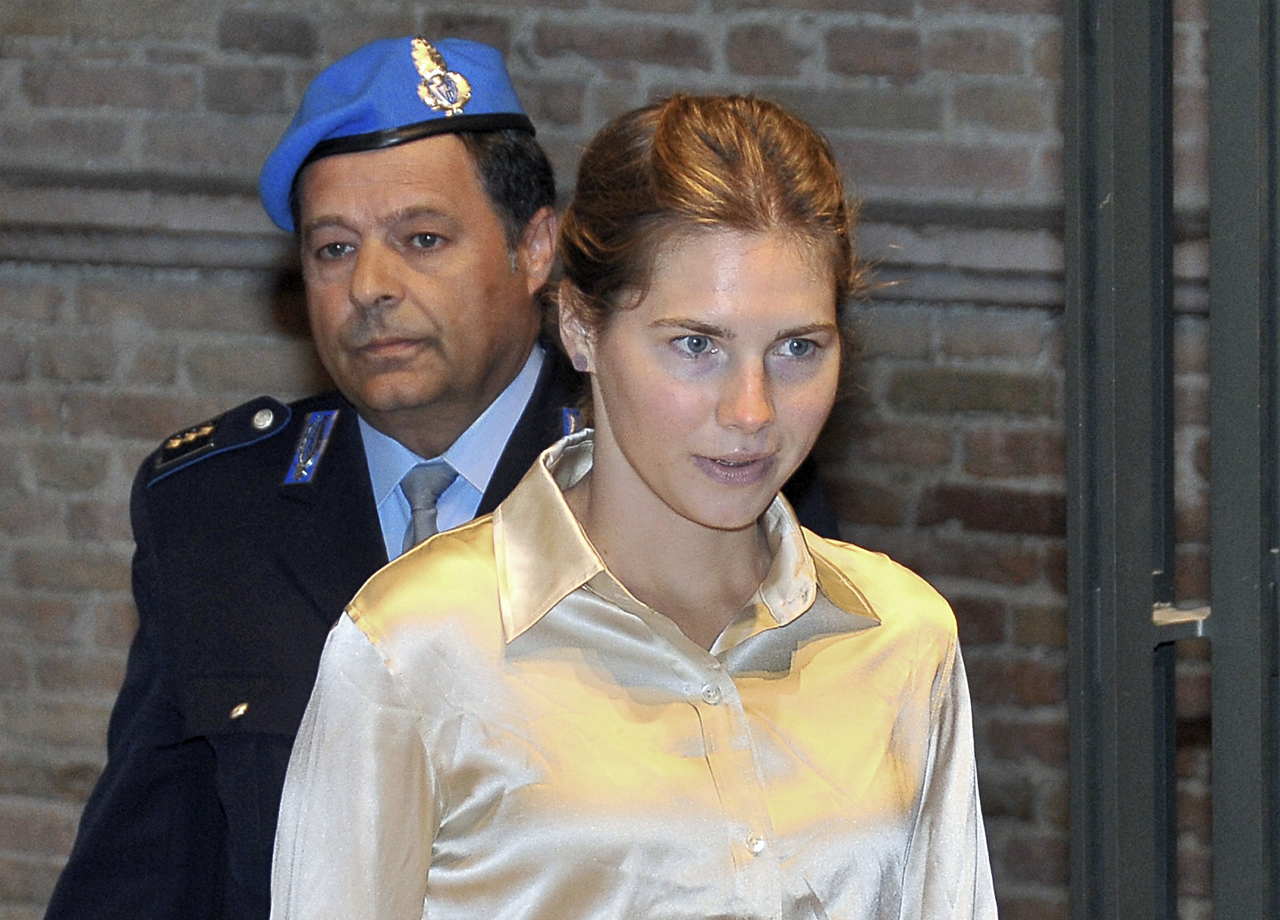 PERUGIA, Italy - A tearful Amanda Knox said Saturday that being in prison is "very frustrating and mentally exhausting," as the American student convicted of murdering her roommate insisted she is innocent and does not want to spend the rest of her life behind bars.

Knox was emotional as she briefly addressed the appeals court in Perugia at the end of the session, her voice breaking at times and her eyes tearing up. She was convicted in 2009 of sexually assaulting and murdering British student Meredith Kercher, and sentenced to 26 years in prison.

"I've spent more than three and a half years in prison as an innocent person, and this for me is very frustrating and mentally exhausting," Knox said. "But nothing is more important that finding the truth after prejudices and many mistakes.

"I don't want to spend my whole life in prison as an innocent," the 23-year-old said.

Knox and her co-defendant, Italian Raffaele Sollecito, were arrested on Nov. 6, 2007, a few days after Kercher's body, her throat slit, was found in the apartment she and Knox shared as exchange students in Perugia.

CBS News correspondent Allen Pizzey reports the order of business at today's hearing was to determine how much more time experts could have to examine the DNA evidence that convicted her and her former boyfriend Raffaele Sollecito of murder; the answer was another 40 days.

The defense hopes the experts will establish that the evidence was so badly mishandled it is inadmissible.

The two have always denied wrongdoing. Their appeals trial is under way in Perugia and a lot hinges of an independent review of DNA evidence used to convict them.

On Saturday the court gave independent experts carrying out the review until June 30 to finish - over a month after the original May 21 deadline. The two experts sought and were granted more time to collect all information and documents on the forensic tests originally conducted.

They are to report their findings to the court on July 25 in what will be a crucial hearing.

The court also allowed new witnesses sought by the defense.

The next session will be on June 18, at which point five prison snitches will be called to give evidence, including claims that drifter Rudy Guede - who was convicted in a separate trial of taking part in the murder - says Knox and Sollecito were not there.

Before that happens, Knox will spend her fourth birthday in a row in jail.