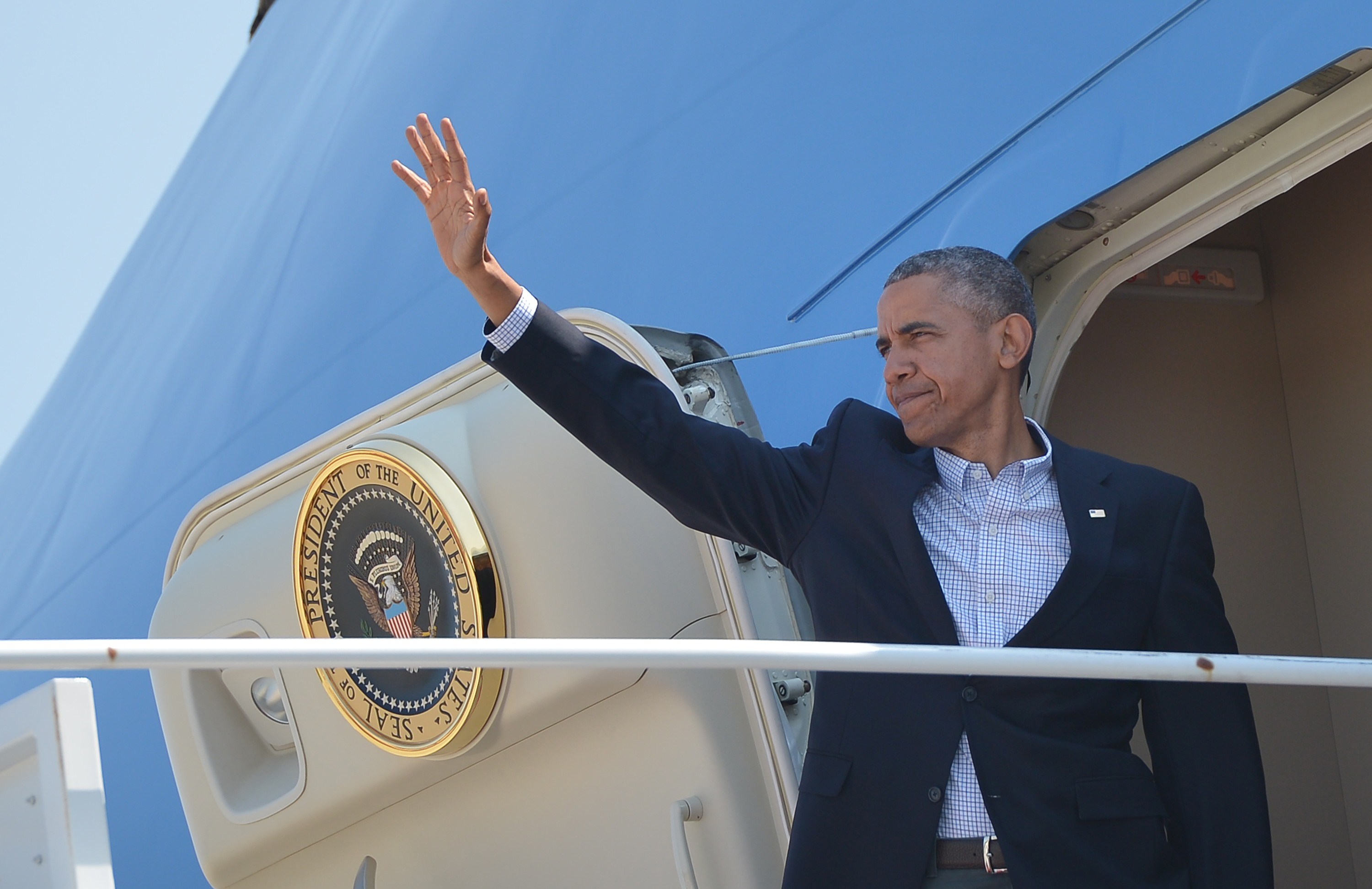 It's no accident that President Obama is giving his first commencement speech of the season in the last of the 50 states he had yet to visit as president.

"The President wanted to visit all the 50 states while he was president," said press secretary Josh Earnest, conceding that reaching the 50-state milestone was a factor in the choice of Lake Area Technical Institute in South Dakota. South Dakota is the one missing picture in Chief White House Photographer Pete Souza's photo essay on Medium - he selected a single photo from every state to capture both Mr. Obama's six-year sojourn through the country, as well as through some of the major moments of his presidency.

The South Dakota visit secures Mr. Obama's membership in the 50-state club, that subset of U.S. presidents who have visited each of the states: Richard Nixon, George H.W. Bush and Bill Clinton.

President Obama used the last year to pay visits to a number of red states he lost by sizeable margins both in 2008 and 2012.

"I got whupped," said President Obama in January, on his first visit to Idaho. "I got whupped twice. But that's okay, I've got no hard feelings," he told a university audience at Boise State, though he was clearly in no hurry to visit the states that rejected him.

Conversely and not surprisingly, our CBS News tally shows the president most frequently visited states he won in his bids for election and re-election:

Virginia (72 visits) and Maryland (64 visits) have seen the most of the president - more for reasons of proximity to Washington, D.C., than anything else. (And both of those numbers exclude golf outings.)

New York (49 visits) has also been a favorite destination for the president because of the U.N. and because it's home to quite a few wealthy Democratic donors.

Ohio (41 visits) was decisive in Mr. Obama's re-election victory. He won the state with 50 percent of the vote in 2012, compared to Mitt Romney's 48 percent.

And Florida (38 visits) is another fundraising mecca for Democrats.

Visiting each of the 50 states is a relatively new presidential milestone that wasn't even possible until 1959, since that's when Hawaii became the 50th state.

Still, it would be another 12 years before a president would visit every state. In October 1971, President Nixon became the first president to visit all 50 - by making a 3¼ hour visit to Delaware to meet with Republican fundraisers.

President Reagan fell four states short of 50. President George W. Bush knew he need only visit Vermont to make complete his visits to all the states, but chose not to. He may not have been optimistic about the welcome he'd receive there, having lost Vermont in both '00 and '04.