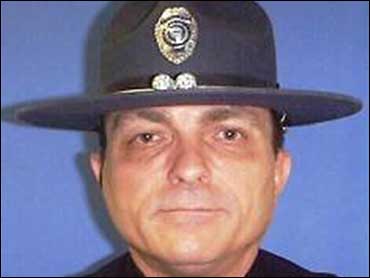 Robert Henderson was not fired as a state trooper because he belonged to the Ku Klux Klan and another white supremacist group, authorities said.

Instead, he was ousted because he could not uphold public trust while participating in such groups, they said.

An arbitrator disagreed, ordering the State Patrol to reinstate Henderson within 60 days and pay him back wages. The state went to court Friday to keep him off the force.

"The integrity of Nebraska's law enforcement is at risk," Attorney General Jon Bruning said at news conference in Lincoln. "The Constitution does not require law enforcement to employ anyone tied to the KKK."

In a summary of the causes for firing Henderson in March, the State Patrol said membership in the KKK "seriously compromised" Henderson's ability to do his job.

Henderson and the state troopers union appealed and, under its contract, went to binding arbitration, to get his job back.

He said Henderson was entitled to his First Amendment rights of free speech and that the state violated the troopers' contract, in part when it fired Henderson "because of his association with the Knights Party ... and the Ku Klux Klan."

According to a copy of Caffera's ruling, Henderson was interviewed by a patrol captain in February. He confirmed he had been a member of the Knights Party since June 2004 and made postings on its members-only Web site while off-duty.

Henderson also said he had joined the KKK, according to the arbitrator's report. He did so, he said, for two reasons: His wife had "divorced him for a minority" and the KKK gave him an avenue to vent his frustration.

Attempts to reach Henderson on Friday were unsuccessful. The state troopers union refused to comment, referring calls to its attorney, Vincent Valentino.

"Bob Henderson wasn't running around in a sheet and hood," he said.

Besides, Valentino said, "State employees have a right to think in private what they think."

Tuma said a review of Henderson's record showed no pattern of bias or misconduct against minorities.

"There were no concerns whatsoever that he was engaged in any profiling or any biased treatment of any minority," he said.

Nonetheless, Bruning said, "This trooper can join the KKK, but he can't remain a trooper while he is a member."