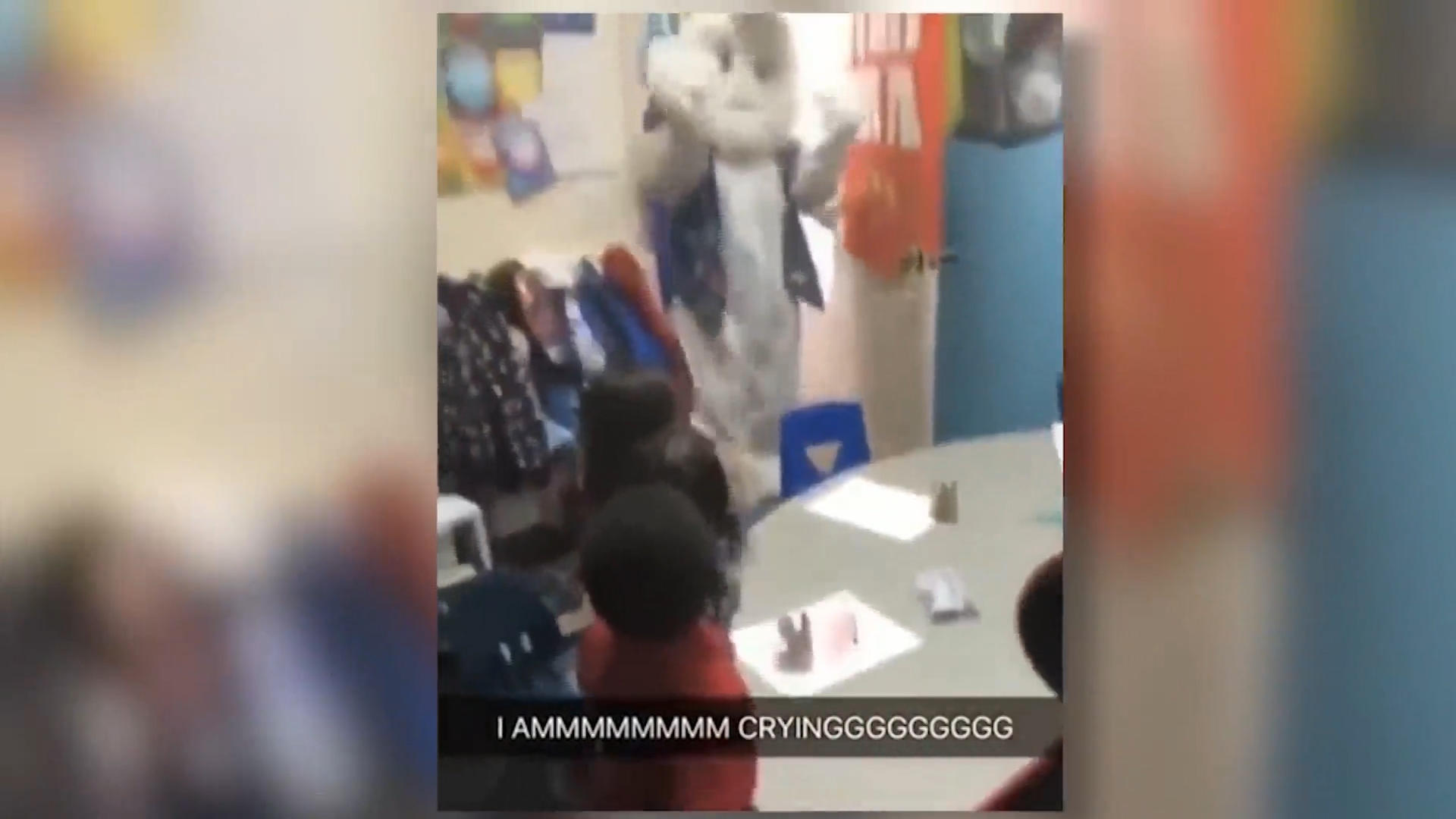 KISSIMMEE, Fla. -- A Florida family is outraged after a day care worker recorded and shared video of their toddler's frightened reaction to the Easter Bunny without their permission, CBS Orlando affiliate WKMG-TV reports. The family said the video was taken by an employee at the Around the World Learning Center in Kissimmee and the footage eventually went viral.

Mary Bryson-Robinson, the child's grandmother, said the video shows that the day care workers didn't comfort the 2-year-old girl when she was frantic with fear.

When she picked up her granddaughter Surai last week, she says workers told her that the child was afraid of the Easter Bunny but didn't elaborate. The video clip went viral over the weekend without the family knowing it existed. It eventually racked up millions of views, and was featured on "Jimmy Kimmel Live!"

"When we did see it, it already had gone everywhere. Any place you look on the internet, my granddaughter is there," Bryson-Robinson said. "I'm looking at just pure horror on her face, and I'm wondering, 'How could that be on the internet for anything good?'"

Watch WKMG's report in the video player below:

"My granddaughter looked petrified. Her face changed. It was not the same child that I dropped off that day or the child that I know," she said. "For a bunny of that size to appear, I'm sure it scared the daylights out of her."

The family said Cassandra Bryson, the girl's mother, had signed a form specifically prohibiting workers at the day care from taking videos or sharing any photos or video of her child.

An employee at the day care told WKMG it was investigating the incident, and the owner later said she had no comment.

Bryson-Robinson also said comments on the video online were filled with racism, calling them overwhelming and heartbreaking.

"People use it as a racial thing. How people can, you know – 'Black people are that way.' For a 2-year-old, it is just agony to go through," Bryson-Robinson said.