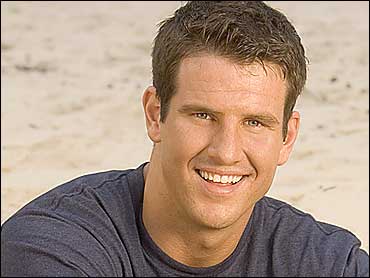 Stephane Fiset is quite content to be going home to Victoriaville, Quebec for the next 2½ weeks, rather than spending it in Nagano, Japan with five of his Olympic-bound teammates.

"I prefer to be getting time off during the break and going home. I miss the snow," Fiset said after his 31 saves helped the Los Angeles Kings beat the Anaheim Mighty Ducks 5-2 Saturday.

"Besides, there are going to be some great goalies there. Patrick Roy is the top goalie in the league, and (Curtis) Joseph and (Martin) Brodeur are the next-best goalies. So I don't deserve to be there."

Fiset might get an argument from his teammates. Playing in his 43rd game, he reached the 20-victory mark for the second season in a row and third time since beginning his NHL career in 1989-90 with the Quebec Nordiques. He had 22 wins last season and 20 in 1993-94, when he played in a career-high 50 games for Quebec.

"I'm playing the same way, but the team is playing good in front of me," Fiset said. "We're cutting down the other teams' scoring chances, and that's why we're having more success."

Russ Courtnall scored twice for Los Angeles, giving him six goals in his last five games. Vladimir Tsyplakov had a power-play goal, Rob Blake also scored and Yanic Perreault added an empty-netter for the Kings, who are 9-1-1 in their last 11 games.

Their penalty-killing unit stopped all six Anaheim power plays, including a pair of two-man advantages lasting more than a minute each. Courtnall had a lot to do with that, but he also found time to continue his scoring binge.

"He's a proven goal-scorer and he's been like that his whole career," Blake said. "He's excited to play here and he's got a lot to prove. I mean, he sat out a half a year and not a lot of teams went after him."

The Kings, who didn't have leading scorer Jozef Stumpel dressed because of the flu, lost Luc Robitaille in the second with a strained groin and played the final 10:56 without defenseman Garry Galley, improved their record against Anaheim to 11-9-5. Galley left with a badly bruised left knee and left Anaheim Arena on crutches.

Ducks goaltender and U.S. Olympian Guy Hebert, who faced 40 or more shots in each of his previous five starts and had set a club record with at least 40 saves in his last three, faced only 19 shots against the Kings - including an unsuccessful penalty shot by Glen Murray with 8:27 remaining.

But the Kings scored on four of their first 16 shots, costing the Ducks a chance to even their record against Los Angeles.
Travis Green, whose flight arrived at Orange County's John Wayne Airport less than 1½ hours before his first game with Anaheim following Friday night's multi-player trade with the New York Islanders, scored his 15th. Matt Cullen also scored for the Ducks.

With Paul Kariya missing his second consecutive game because of a mild concussion, Green played on the No.1 top line with Teemu Selanne anSteve Rucchin and trimmed the Kings' lead to 2-1 at 9:09 of the second.

Anaheim began the day two points behind San Jose for the eighth and final Western Conference playoff spot and will have 26 games remaining to salvage what has so far been a disappointing season. The season was made even more challenging by Kariya's 32-game holdout at the start.

"It's been very disappointing because we thought we would start out better," Ducks president Tony Tavares said. "But the coaching situation happening in the offseason and Paul's holdout created major distractions for this team, and we just have not been playing well."

The Ducks' inconsistent play has forced general manager Jack Ferreira to unload two of the original Ducks, defenseman Bobby Dollas and right wing Joe Sacco, leaving Hebert as the only player left from the franchise's inaugural game on Oct. 8, 1993.

"We needed a second-line center and I've played with Travis before, so I know he's a great hockey player," Kariya said. "He has a heavy shot, sees the game well and he also has the ability to play physical."