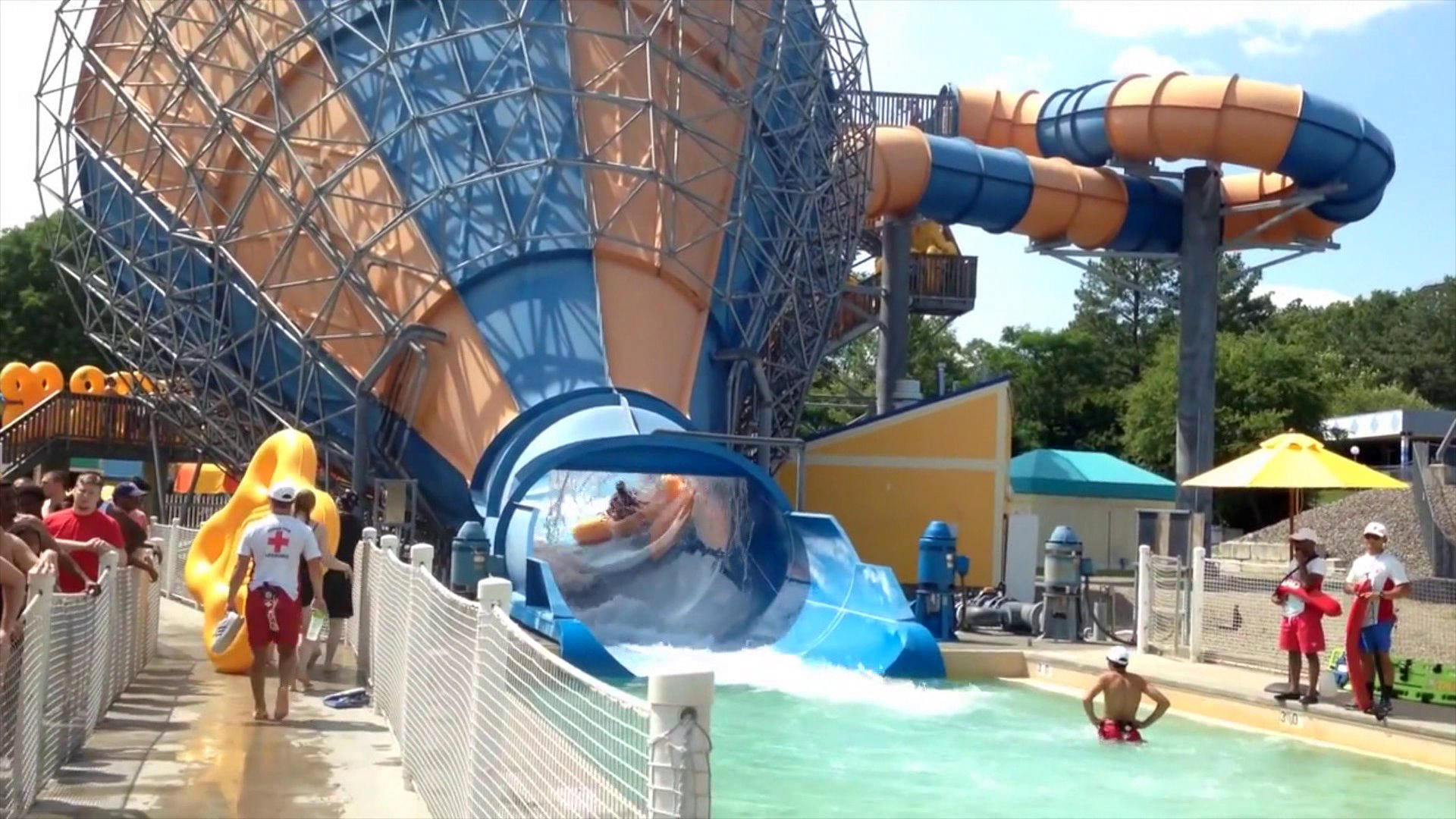 DOSWELL, Va. -- A woman was injured on a water park ride in Virginia and hospitalized.

CBS Richmond affiliate WTVR-TV reports that Christina Orebaugh was treated in Richmond for a broken toe and collarbone and a fractured shoulder after being hurt on the Tornado at Soak City inside Kings Dominion amusement park on the Fourth of July.

She also suffered a concussion, the station reports.

Her husband Steve Orebaugh said in a Facebook post that she was unconscious in the water after landing on her head when the tube they had rode flipped.

Steve Orebaugh criticized Kings Dominion, saying he got his wife's head above water and had to yell for help "while everyone else stood around."