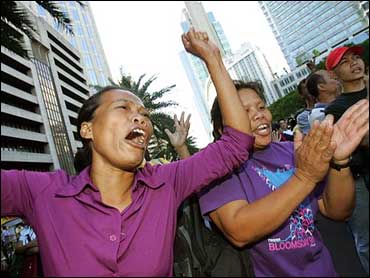 The federal probe into whether the IBF sold rankings and arranged fights for kickbacks has spread to Don King's corporate office.

"This is all nonsense. They can look at all the documents they want," Don King said Saturday in a statement released by spokesman Greg Fritz. "Had they asked for (the documents), I would have given them to them. I have nothing to hide."

A federal grand jury in Newark, N.J., has been investigating the IBF for several months even before the disputed draw in March between Evander Holyfield and Lennox Lewis, which prompted New York law enforcement agencies to start their own investigations of the IBF.

The FBI would not confirm the raid at King's office in Deerfield Beach, about 40 miles south of West Palm Beach, was linked to the IBF investigation or if the search would be completed Friday.

"The only thing I can tell you is we are serving search warrants on his offices as part of an ongoing investigation," FBI spokesman Mike Faregas said.

A lawyer for IBF president Bob Lee Sr., said Friday he knew nothing about the FBI raid and refused to say what he knew about King's possible involvement.

On May 18, the Los Angeles Times quoted boxing promoters and managers as saying the sport's sanctioning bodies sometimes sell the rankings that lead to more lucrative bouts.

The Times reported that witnesses have testified before the federal grand jury in New Jersey that some payments to the sanctioning bodies were made in cash, but that others were less obvious, such as those contained in overpayments of standard fees.

And sources close to the negotiations, speaking on condition of anonymity, said one of the stumbling blocks was the possibility King could be indicted.

DiBella said there were "some problematic issues that need to be worked out."

HBO has insisted King step aside as the fight promoter if he is indicted on charges stemming from a number of investigations, sources close to the negotiations told the AP. So far, King has refused such a clause in the contract.

Meanwhile in Newark, federal grand jurors have subpoenaed all IBF records since 1982 on rankings and contracts for fights, as well as checks, invoices, expense forms and telephone records, its attorney has said.

Gerald Krovatin, the lawyer for Lee, said he does not want to give "any sort of credibility" to rumors.

The IBF and two other sanctioning groups the World Boxing Association and World Boxing Council set rules and rankings that play a large role in determining bouts. Boxers who defy the groups risk losing the chance at title bouts and large purses. 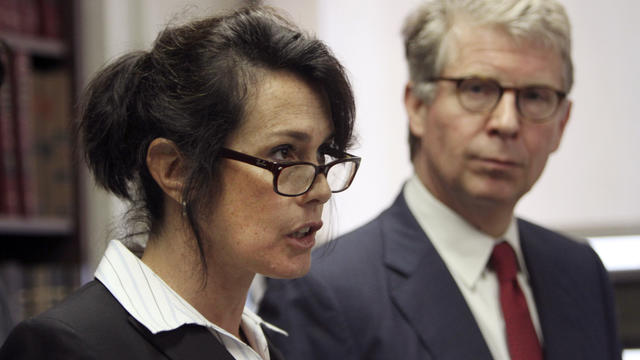